The Instrumentum Laboris for the forthcoming Amazon synod has been released, and here are some excerpts from the document, which was edited by Cardinal Piranha, the special nuncio to the Amazon jungle. We expect to see many future synods named after rivers, including the Mississippi Synod, the Yangtze Synod, and - most heretical of all - the Rhine Synod, at which the German bishops will be instructed to "wash away all the old teachings".

As always, the Catholic Church is guided by her faith in the Mother Earth Goddess, and her attendant Spirits, of which we mention Viracocha, Quetzalcoatl, Bergoglio, Maradiaga, etc. It has naturally been discovered that doctrine has evolved since the boring old 1st Century, and along the following lines. 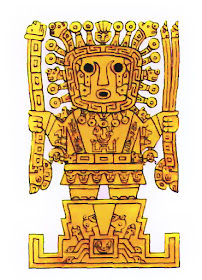 "Peace be with you!"

Marriage of priests. Following detailed researches into Church customs, it has been agreed that priests shall be allowed to marry, but none should have more than six wives. Coincidentally, this brings us into line with best practice in the Church of England, whose founder also had six wives; thus it may be regarded as an ecumenical gesture.

Human sacrifices. This is a theological grey area, but very important, and so we have relegated the new doctrine to an ambiguous footnote on page 94. It is generally agreed that human sacrifices are at best an optional form of the liturgy (like the "sign of peace" but less offensive), and we expect the German bishops to take a lead here. Provided that "discernment" and "accompaniment" are stressed, who are we to judge? 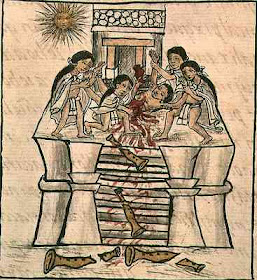 The Spirit of Vat-Inca II.

Women priests and deacons. Traditionally the Catholic Church has said that it is impossible to ordain women to holy orders (see the encyclical Retro in Cocinatorium ("Get back in the kitchen").) However, there is evidence (thank you, Fr Martin!) that in fact three of the twelve apostles were women, and one was not at all sure, and we haven't even mentioned the view that Mary Magdalene founded the Church. So it is definitely a grey area, and if it's one thing the Church is here for, it is to provide Jobs for the Boys (and Girls!) So we will mumble ambiguously about this one for a few months until suddenly everyone notices that lots of the priests are in fact female.

Liturgical blowpipes. Here we are stressing the traditional Christian line that firing poisoned darts at your neighbour (tipped with the venom of the serpent Blasus Cupichus) during Mass is considered to be bad manners; still, some bishops may choose to allow the custom. The priest, on the other hand, may fire suitably blessed blowpipes at unruly members of the congregation, although like the Extraordinary Form Mass, this is something we do not really encourage. 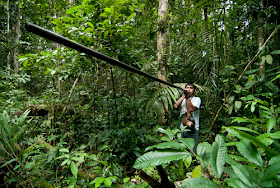 Dubia, Filial Corrections, Rude letters from theologians, etc. These will be ignored, as usual, except that if we find out where you live, you may suddenly disappear. Understood?