Newman was my kind of Catholic

A guest contribution from Christopher Lambchop of the Tablet.

There is little doubt that celebrity saint John Henry Newman would have been an ardent Remainer. So says Fr Ignatius Harrison of the Birmingham Oratory, and his wise words are backed by Diarmuid Martin, the Archbishop of Dublin, who is still recovering in hospital from the removal of his spine.

Of course we cannot be sure exactly how Newman would have resolved the current crisis. Would he have campaigned for a second referendum? A simple dropping of Article 50? Or perhaps he would have asked for another 20-year extension? We can never be entirely certain, although scholars who have read his writings are sure that he was crying out to be ruled by such giants as Juncker, Verhofstadt, Von der Leyen, and Barnier. 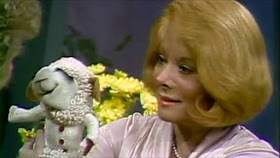 Likewise, we can tell from his Apologia pro Greta sua, that Newman would have supported the Extinction Rebellion's current campaign to shut down the world's cities. It is known that he never flew in an aeroplane, and there are accounts of his gluing himself to hot air balloons in an attempt to bring people closer to God. As he said in 1895 "We have only 12 years in which to save the world," and his words are as true now as they ever were. When we see our heroes engage in interpretive dance moves in order to help our planet survive, we know that John Henry Newman is looking down and wishing he was there. 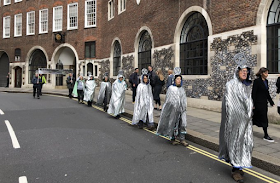 Moving on to Catholic issues, a subject we tend to avoid in the Tablet, we know that Newman would have enjoyed the current Amazonis Laetitia summit. Not just for the opportunity to stick feathers in his hair and worship pagan fertility idols, but also for the new doctrine that it promotes - notably the ordination of women as deacons (sha-women joining the sha-men). A pioneer in every way, Newman records in his writings how he used to confess his sins to the trees in Oxford, and listen to the wisdom of the wisteria.

On the wider scene, Newman was a keen feminist, a promoter of LGBT issues (history records that he never married), and in short, a typical Tablet reader. Modernism was his creed, as we know from his famous letter to Pope Pius IX, which begins "Get with the programme, baby-oh. This infallibility wheeze is a great opportunity for you to rewrite Catholic doctrine." 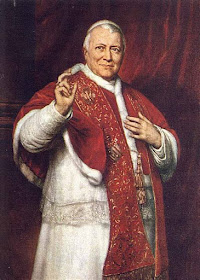 "Newman made me a modernist."

Yes, Newman was definitely my type of Catholic.

Will this do? Actually, he seems to have been a bit of a old fogey, and rather a stuffed shirt, but we'd better not say that. Chris.