The prophecies of St Damian

Being an account of how St Damian Thompson uttered many wrong prophecies, but finally managed to name the new archbishop of Liverpool. 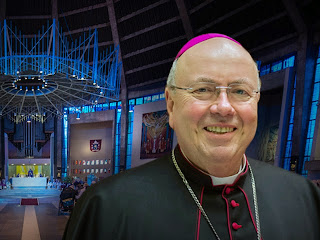 Malcolm McMahon, on the set of Star Trek.

St Damian Thompson, the Telegraph blogs editor, was known for his visionary predictions of events in the Catholic world. Some of these he obtained from "Inside sources in the Vatican", some by reading tea-leaves (or, more commonly, the dregs of a pot of custard), and some by staring at Toby Young's head, which would light up as a crystal ball and give him mystic visions. 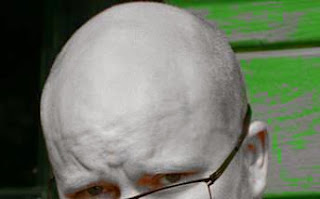 One of St Damian's greatest prophecies was made when Pope Benedict XVI resigned, and a new pope was to be elected. St Damian predicted that the Catholic Church would break with tradition and elect Paul Priest, the amateur archbishop of Corby, and author of numerous 100,000-word encyclicals, such as Honestly, Ma'am, you don't know the first thing about ontological paradigm shifts and The time-bomb of Vatican II-type liturgical/doctrinal/moral Vichyist revisionism. But it was not to be. 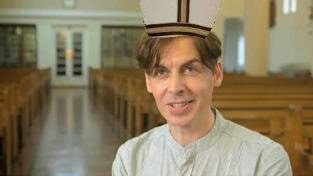 St Damian also spake forth about the reasons for Pope Benedict's resignation, averring that the Holy Father Emeritus had a rare illness, the symptoms of which included a compulsion to dress as a clown and roll on the floor laughing hysterically. Although in many churches this was accepted as normal behaviour, it had pained Pope Benedict to feel that he might end up in the same way. However, the diagnosis proved to be inaccurate.

St Damian also predicted the departure of the Nuncio, Archbishop Mennini, because of certain disagreements with the liberal "Magic Circle" of bishops in England and Wales. It was confidently predicted that Mennini would expire of polonium poisoning, or else would be found with his head bashed in by a bishop's crozier. St Damian even described a possible prime suspect, in case this eventuality came to pass.

A photofit of the prime suspect.

However, Menini survived, and - another great surprise - Vincent Nichols finally obtained his red hat, in spite of his nonchalant attitude towards "gay" masses, the ACTA rebellion, and Professor Tina Beattie.

But even a stopped clock is right twice a day, and St Damian finally obtained the scoop he had longed for. Archbishop Paddy Kelly, the curator of "Patrick's Wigwam" in Liverpool, resigned his office, and all eyes were on possible successors. Would it be Kieran Conry of Arundel and Brighton, known throughout the Catholic world for his traditionalist views and unswerving hatred of ACTA? Or might it be Michael Campbell of Lancaster, he who was so supportive of his deacons' blogging skills? Surely they would not recall Arthur Roche from Rome, a man known for skating on thin ice and closing churches?

No, in the end it was the sheriff bishop of Nottingham who got the job, and Damian Thompson who predicted the outcome, having stumbled across the bishop at his gym, trying on football shirts. 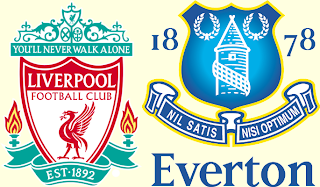 Modernist or traddy? The big choice for McMahon.

For Malcolm McMahon knew he had to face his biggest challenge yet. Would he support Liverpool Football Club with its modernist motto You'll never walk alone, or would he become a fan of its neighbours and rivals, Everton, with their traddy motto Nil satis nisi optimum? Religion was not strong in Liverpool, but football certainly was, and the entire Catholic population of the North of England anxiously awaited the archbishop-elect's decision. 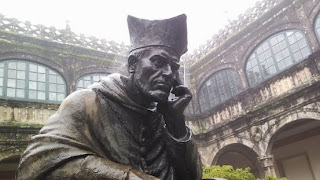 Damian? I've got a tip for you. He's going to support Tranmere Rovers.