We wish you a miserable Christmas

This year, Catholics, Anglicans and atheists have a single message for us. Pope Francis, no less, has told us that, this year, Christmas is a charade. Father Giles Fraser of the BBC is dreaming of a Blue Christmas. Finally, there's Kevin McKenna of the Guardian with a rant, Away with the manger! It's a holiday, not a holy day. 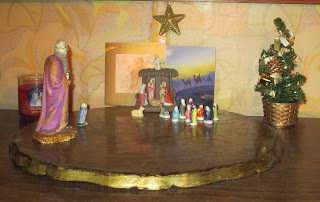 Down with this sort of thing (even the outsize king)!

That's that, then. No carol-singing, please; no wishing people - even Christians - a Happy Christmas; I think it may be OK to say "Season's Greetings", since that can be said at any time, and doesn't actually mean anything. "Happy Holidays" is also out, but the sort of people who say that are miserable humourless Guardian-reading types anyway.

So how should we "celebrate" Christmas? Will sitting in a dark cupboard for three days satisfy our distinguished commentators? Or should we go out into the streets and cry "Woe, woe, and thrice woe!"? 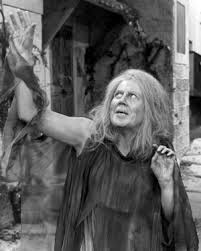 We've already had many happy festivals recently, what with Hallowe'en, Guy Fawkes Night, Thanksgiving, Black Friday (your mileage may vary here), so it seems a bit excessive to rejoice just because God sent his Son to the Earth to redeem mankind - hey! most of us didn't even need redeeming, as my spiritual director, Fr Phil of St Daryl the Apostate's Church, is at pains to point out.

Many will say that the usual way to celebrate Christmas - eating and drinking until you feel ill, sending cards to people you hate, buying people presents they don't want, watching rubbish on the television, etc. - is quite enough to make most of us miserable, and that this is what God (or at least the Pope) wants. So how can we stamp out the other, more joyful, aspects of Christmas - those that somehow associate it with Christ? 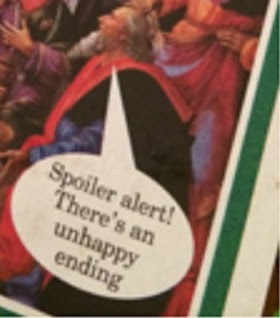 Private Eye is apparently unaware of The Return of the J.C. (H/T Gareth Hurley)

As Fr Phil put it in last year's Midnight Mass sermon to a congregation of three (one old lady with her hearing-aid turned off, a sleeping man who had walked in by mistake after the pub closed, and myself), "My text today is from an old English carol, We all like figgy pudding. (We shall be singing this later as our offertory hymn, in an arrangement by Paul Inwood.) Some of you may be feeling guilty at this point - perhaps you don't like figgy pudding? It is important to realise that these words, like 'We believe in God', are purely a liturgical cliché. Following the Spirit of Vatican II, we realise that they do not commit us to anything. God loves us all - in a metaphorical sense - even those who have chosen a jam roly-poly pudding lifestyle." 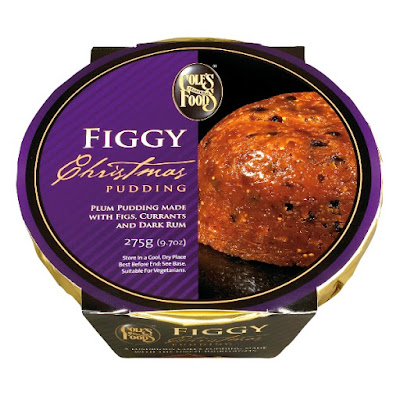 Well, Fr Phil's sermons are usually too deep for me, but I think that - as usual - he is liberating us from the more traditional aspects of Christian worship, such as Christmas. That leaves us free to be as miserable as we wish. Enjoy!