There have been snowfalls in Rome this week, a direct result of a billion faithful Catholics taking the papal advice in Laudato Si' seriously, and thus saving the planet. Accordingly, St Peter's Square has been transformed into a venue for winter sports, which are so much more popular than papal audiences these days, and it has now been agreed that the Vatican will host the 2022 Winter Olympics. 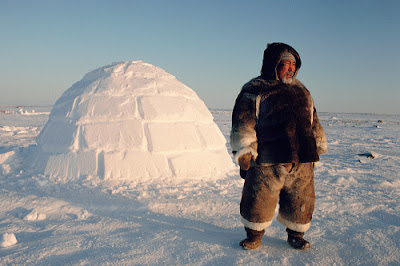 Cardinal Nanook of the North stands by the dome.

The Catholic Church is very strong in certain events, such as snowball fights - it will have a natural advantage when the referee shouts "Let him who is without sin cast the first snowball" - and building snowmen, especially ones that look like saints. 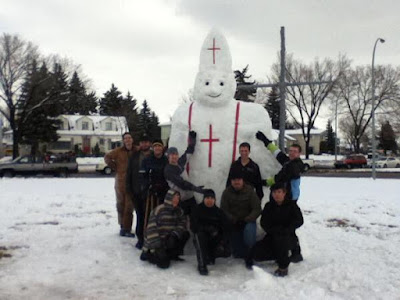 Graven images are OK, but don't worship them!

These traditional sports are likely to replace some of the sillier Olympic sports such as Curling (feel free to disagree). We are happy to give our readers a preview of what we may expect at VAT2022. 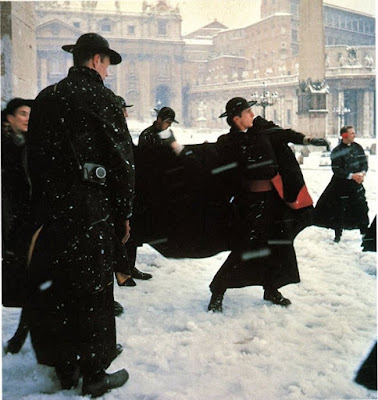 Traditionalists in a snowball fight with the Modernists, but versus populum not ad orientem.

Archbishop Arthur Roche was a renowned ice-skater in his youth (yes, I now know this is a lie invented by his admirer, Damian Thompson), and he is anxious to shine as well. However, things have not gone well so far. 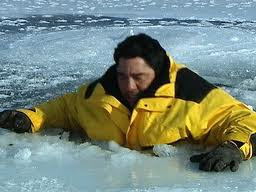 When it comes to the more "artistic" sport of ice-dancing, there are some strong contenders, and here we see four eminent Catholics waiting to be measured for their tutus. 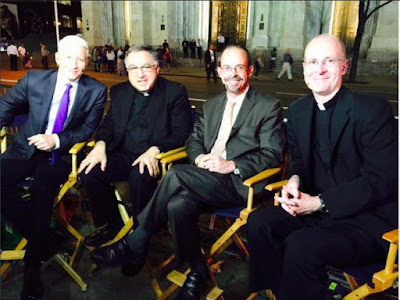 Finally, the Holy Father himself will be only 85 at the time of the Vatican Olympics, and he is also planning to take part in his PopesleighTM. 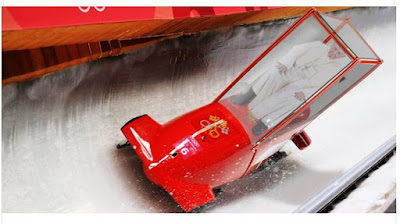 Going downhill very quickly... is this a metaphor for something?