Why we hate Mother Teresa

Exclusive to the Independent, the Guardian, the Carpet-chewers' Gazette and all other liberal papers.

So the Catholic Church has chosen to ignore the description given by the great Christopher Hitchens - "a lying, thieving Albanian dwarf" - and canonize one of the most evil women of the 20th Century. Anjezë Gonxhe Bojaxhiu was her real name, but she chose to hide under the alias of "Mother Teresa", even though she had no children and was not called Teresa at all.

How I hate that woman. She opposed a woman's right to choose to dismember her unborn child (when Hitchens asked her if she had any "baby parts" for sale, she looked at him in total disbelief). She never spoke up for same-sex marriage, incest, polygamy and orgies in tanks of olive oil, which are now accepted by all mainstream orthodox secularists. As for transgender awareness, she still lived in the dark ages when they had sexist labels such as "male" and "female" - and "Mother" of course! Teresa even attended Catholic Church services, as if she actually believed all that nonsense about God. Sheeesh! 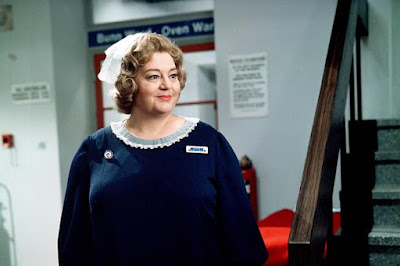 When the Catholic Church decides whom to canonize, it doesn't ask journalists like me to advise them. That's why you don't see such heroes as Marie Stopes, Che Guevara, Nelson Mandela and Hugo Chávez getting an expensive ceremony with lots of pilgrims singing their praises. No, they pick on some wretched nun who was not only undersized but also Albanian (well spotted, Christopher!) and give her the works! She was never invited to our Islington dinner parties, and serve her right!

Apparently, "Saint" Teresa ran some sort of hospital in Calcutta, but if you turned up asking for a sex-change, an abortion, or even "something for the weekend", she would ignore you in favour of some nasty smelly person with leprosy, tuberculosis or other socially unacceptable disease. No compassion for those of us who suffer modern illnesses such as acne, hair loss, or halitosis! Monster! 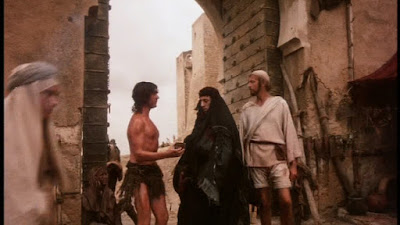 Mother Teresa and one of her smelly old lepers.

She was a self-publicist, nagging people for money to waste on a bunch of dying no-hopers. She'd fly across the world to see rich people, just to embarrass them into coughing up some cash. For crying out loud, she could have walked, couldn't she? Also, she was too proud to use the traditional "get rich" methods employed by the majority of our readers, such as embezzlement, insider trading, and mugging people late at night.

Well, what do you expect of the Catholic Church? Pope Francis has been a great disappointment to us: he may have correctly identified climate change as the biggest issue facing us in this era, or indeed any era, but he puts God and Jesus a close second, which is a real turn-off. Mother Teresa was the same, so HOW DARE the Catholic Church honour her in this way?

Er, will that do? All I needed to say was that she was a Catholic, and so should never have been canonized, but I needed to pad it out a little.