"These days I can't say anything at all without some fool trying to correct me," said Pope Francis in his annual Odi et Omnes ("and I hate you all") address to Catholics worldwide.

A voice behind him immediately piped up, "Oh yes you can!" 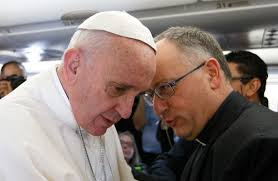 "It's getting very irritating," continued the Pope. "Letters, phone calls, e-mails, texts, faxes, tweets, bricks flying through the window with little notes attached, drums tapping out 'corrections' in Morse code, ... and all with the same message, that I got something wrong. I received five huge sacks of correspondence this morning." 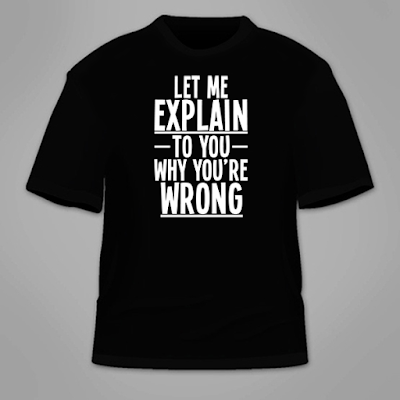 "I mean, this morning at breakfast I said 'It looks like rain later', and five minutes later Spadaro rushed in..."

"Ten minutes later, with a filial correction giving me the weather forecast for Rome." 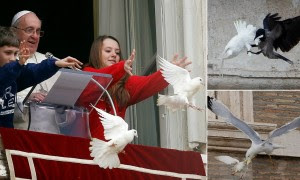 "Now is not the time for peace." A crow and seagull join in the attack on the papal doves.

"Of course I have been used to receiving green-ink corrections from people like Sosa, Martin, Faggioli, etc. for years. For example, I said something in my sermon about Jesus being the Messiah, and Fr James Martin sent me a text explaining that 'Many New Testament Scholars' now believe that John the Baptist was the Messiah. But I am used to that."

At that moment an arrow flew up into the Vatican balcony and impaled the arm of the Pope's Master of Ceremonies Guido Marini. Attached to it was a note, "Don't say something infallibly, you're bound to get it wrong." Guido Marini, a man used to crises, calmly removed the arrow from his arm and said, "I think this is for you, Holy Father," before slumping to the ground. 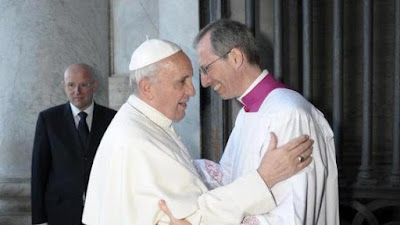 "'Tis but a scratch, Holy Father."

"It's been an odd year," commented the Pope. "Cardinals sending Dubia, wall posters in Rome, filial corrections, that book The Dictator Pope, ... anyone would think they were trying to tell me something."