Apparently School inspectors want new powers to tackle faith schools that 'clash with British values'. Let us take an in-depth look at what is meant by British values. 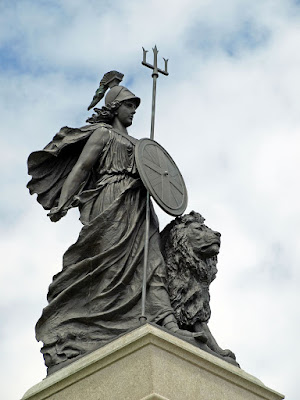 Britannia (or Britannius?) Keen on diversity, same-sex marriage, and transgenderism.

British values were first developed in the age of Prehistoric Britain, which is supposed to have started in about 500,000 B.C. (give or take a few months). In those days schoolchildren were taught to paint themselves with woad - blue for boys, pink for girls - and any kid who wore the wrong colour woad was told to stop being silly.

Diversity was not really popular in those days. The ancient British were very worried about invasions of ancient Franks and Germans - which is why they dug the English Channel - but probably more worried about woolly mammoths. 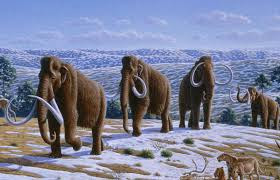 MAMMOTHS KEEP OUT. Coming over here, eating our cabbages, ...

Presumably the exploits of Adam and Eve were known about, but Christian values were at a rather primitive state.

So let us go forward to 1707, when Britain arose from out the azure main (as the song has it), and became a kingdom including England, Wales and Scotland. What were British values then?

Well, same-sex marriage still wasn't very popular (it basically went out of fashion around the time of Nero, with occasional unsuccessful revivals, as in the time of Edward II), and transgenderism was limited to hairy Scotsmen wearing kilts. Equality and diversity were definitely continental notions (especially after 1789), and shunned by all decent people. 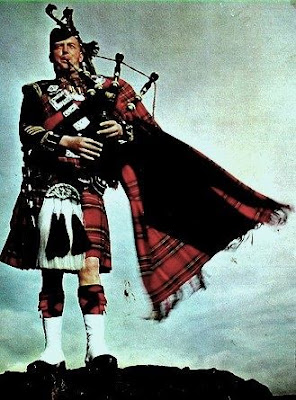 A despised member of society, but only because of the bagpipes.

Christianity was mainly of the Protestant variety, although not a lot like the modern Church of England. People got their ideas mostly from the New Testament, rather than "Thought for the Day". Tolerance and respect for idiots, not being a Christian virtue, was virtually unknown.

So far so good, British values were not all that far from Christian values. Possibly empire-building, fighting the French, and so on, were not entirely in accordance with God's plans, but they were more-or-less OK.

So what is the problem in religious schools these days? Well, at St Custard's we have this: 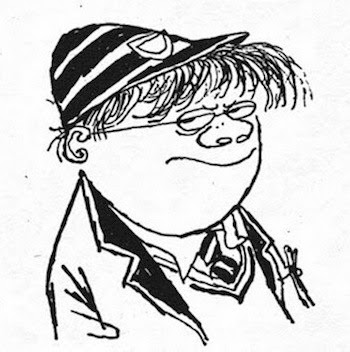 "Please sir, I want to be a girl." Six of the best for you, Molesworth, sa Headmaster GRIMES chiz chiz chiz

And at St Trinians Catholic School they found this practical way of dealing with an Anglican who enrolled by mistake: 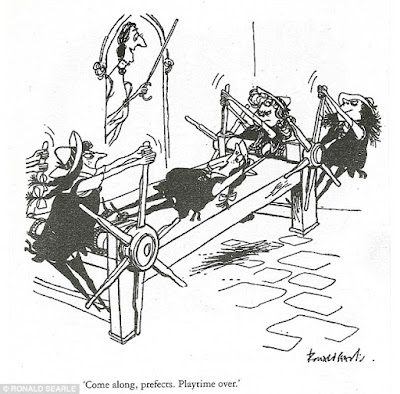 I won't describe the scenes of carnage that followed when St Trinians played hockey against St Aisha's School for the Daughters of Muslim Gentlefolk. 11-0, with 8 Aishains retired hurt. Still, St Trinians girls met their match when the boys girls of St Bruce's Caitlin's Transgender Academy challenged them. It was not a pretty sight.

Anyway, given a choice between Christian values and modern "British values", I think it's time to change my name to Eccleczyk, and declare myself to be Polish.