You thought that John Cornwell - author of Forget Hitler - it was all Pius XII's fault - was totally discredited, and would retire from making a fool of himself in public, but no, the BBC has taken him out of storage and let him onto BBC Radio 4's "Sunday". This is described optimistically as a religious news and current affairs programme, and was presented this time by an atheist, William Crawley.

The problem is that the Vatican is opening up the Pius XII archives, which may in due course lead to the canonization of the great man (Pius, not Cornwell), and it is therefore the BBC's duty to put a spoke in the wheel by digging out the world's greatest anti-Pius troll.

This is not entirely bad: for the Vatican no longer employs a Devil's Advocate to scrutinise possible canonizations - which may explain some recent choices - so that talking to an amateur devil's advocate, however foolish, may be better than nothing. 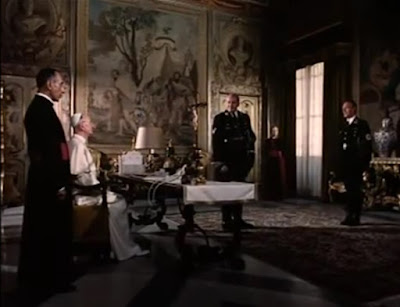 "The hills are alive with the Sound of Music"* - Pope Pius XII plotting with Nazis.

*Fr Hunwicke doesn't have a monopoly on obscure jokes.

Unfortunately, the BBC was unable to provide a balanced debate, owing to its strict policy of pushing its own beliefs (we are not sure, but it is probable that Cornwell is also a Brexit Remainer, keen on immigration, "trans" rights, etc.)

Anyway, we shall know more when the archives are opened, but our mole in the Vatican has taken a sneak preview, and sends us something that is surely very incriminating: 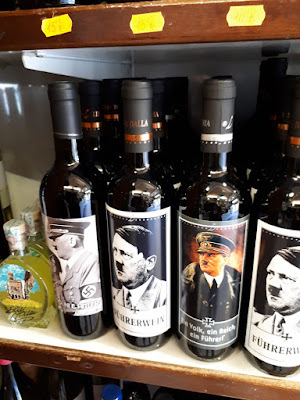 Is this in the Pius XII archives? Is it still drinkable?