How can a Pope tell lies?

As the latest instalment in our self-help guide, "How to be a good pope," intended for those of our readers who are already getting themselves measured for the white zucchetto, "just in case," we address the thorny problem of whether a pope can tell lies.

The simplest answer, of course, is no. Infallibility guarantees that, whatever you say, it is automatically true. Of course, as Rex Mottram would put it, you were actually telling the truth in a spiritual sense, but others are too sinful to see this. 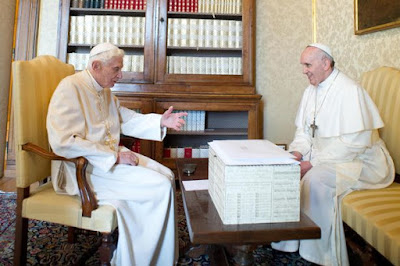 "This is the complete dossier on McCarrick."
"I'll say I know nothing."

Let's take a case in point, the sordid story of "Uncle Fred," once one of your favourite cardinals, and now sadly disgraced. Your predecessor as Pope knew about some of his activities, and, when the St Gallstone Mafia launched a coup and got you the top job, he told you all about him, and advised you to keep Uncle Fred chained up in a dungeon. So you let him go.

This is the story told by Archbishop Vinegar, and now other evidence is coming out. Donna Whirly was involved too. In fact it seems that everyone in the Vatican knew about Uncle Fred EXCEPT YOU. 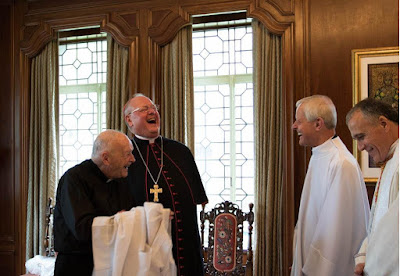 The Pope says he knows nothing!

So many people say you're lying! They really don't understand how Holy Fathers work, do they? Luckily you have friends who know that popes cannot lie (when Peter denied knowing Jesus, it wasn't a lie, it was simply because he had forgotten who He was, it could happen to anyone).

First, there's little Austen Ivory, telling the world that He didn’t know about McCarrick's past, or the sanctions (how could he know?) while at the same time throwing in a few character assassinations, in line with your new Motu proprio, AD HOMINEM. Other mates will rush to your defence, such as Robert Muckins, who still hasn't recovered from the news that your predecessor, whom he called "The rat" refuses to die. He manages to be even less coherent than Austen, no mean feat!

Unfortunately Fr Martin James LGBTSJ is not available to join in the fun, as he is in hospital having an operation. We have no idea what it is, but when she comes out, she will no doubt support you too. 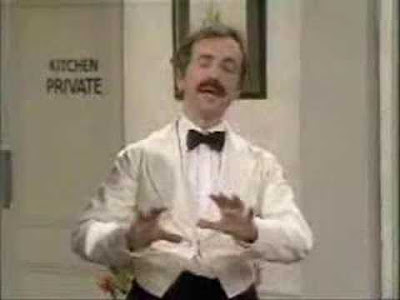 The Archbishop of Barcelona also knows nothing.

Anyway, here are a few useful phrases which should help you get through this tricky time: 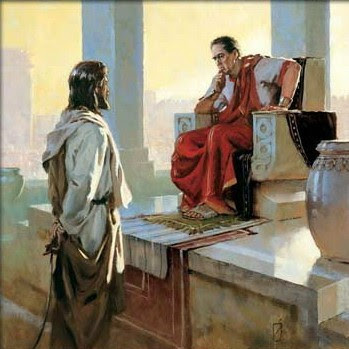