Pope Francis is stuck in the lift (elevator)

Shortly before issuing a list of new cardinals which exceeds all previous lists in absurdity (a bunch of homosexual activists, left-wing agitators, freaks, gnomes, toads, creeps and weirdos unparalleled since the time when Cupich was given a red hat), Pope Francis was apparently stuck in a lift for 25 minutes. The stress of this experience is maybe what caused him to muddle up two lists he was keeping - one of people to excommunicate and one of people to raise to cardinal. 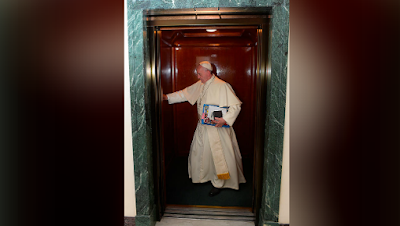 Now, I know that I was seen in the Vatican today, optimistically pushing several lift buttons at once, but I must reassure you that I had nothing to do with Pope Francis's mishap. As in the 2013 Conclave we should thank the Holy Spirit for stepping in.

This is not the first time that the Holy Spirit has given a Pope a warning just as he was about to do something rash. Back in 2000, Pope John-Paul II was trapped in a broom cupboard for hours, just as he was about to issue a list of new cardinals containing the name of Jorge Bergoglio. However, he did not realize that this was a sign from above, and went ahead regardless. 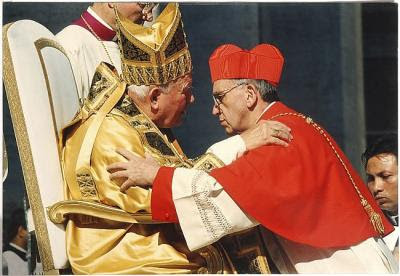 Going further back, Pope John XXIII was trapped in the toilet for six days in 1959, emerging to call the 2nd Vatican Council. Was his incarceration a sign from Heaven that it would bring trouble?

The saintly pope's experiences were commemorated in a song, which later became one of Marty Haugen's greatest hits:

Still, not all mishaps suffered by popes are necessarily warnings that they are about to do something rash. But in the case of Pope Francis, there is little doubt (and he has received too few warnings). 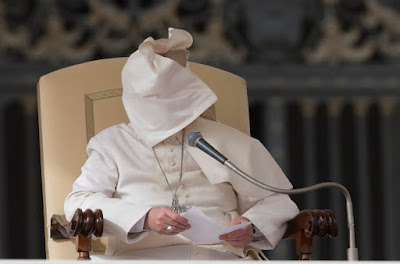