The second ever synod

All throughout history momentous decisions have been made by means of synods (and sometimes by synods about synods). We have already seen that the very first synod involved Adam, Eve and the Serpent, and that by a process of discernment it was agreed that the divine commandment ("do not eat the fruit of this tree") did not always apply, and that doctrine might evolve. By a process of discernment one might come to the conclusion that God had really meant "tuck in!" So, twenty years later there was a second synod. Eden II, some called it, although it was held slightly outside the garden where Eden I had taken place. Mr Genesis taketh up the story. 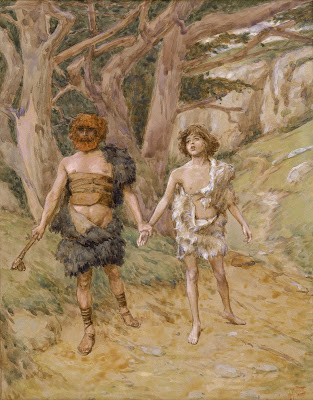 Cain explaineth the decision of the synod to his brother Abel. 1. It came to pass that Cain, son of Adam, and his wife Awan held a synod. 2. For Adam, he who was the Head of the Church, had decreed that people should meet in small groups and discuss the teachings of the Church, and whether they might prefer some other teachings. 3. Thus Cain had called a synod on murder, that it might be decided whether murder was really a sin. 4. For, as he said, "My brother Abel vexeth me. For the Lord preferreth the firstlings of his flock to my offering of a low-fat vegan alternative." 5. And Awan replied, "Are you not your brother's keeper? How then may you slay him?" 6. Cain answered unto her, "This is something that we may decide by means of the synod. For hath not our father Adam given unto us the authority to consider what is good, and what is not good?" 7. "It is true," agreed Awan, "that we are told always to reject that which is old, that which is traditional, and that which changeth not. So I must agree with you, O Cain." 8. Thus it was decided that murder was no longer a sin: so Cain went out into the fields and slew his brother Abel. 9. And Adam saw that Abel was slain, and grieved over this. But then he spake out, saying, "Who am I to judge?" 10. And finally Cain went out from the Lord's presence and dwelt in the land of Sy-Nod, East of Eden. 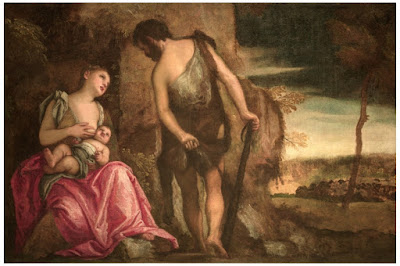 Awan urgeth Cain to move to Germany and become a bishop.
Posted by Eccles at 13:58