The Pope gets a letter

So, this is instalment three of my bulletins from the synod in Rome. Yesterday, I was invited to tea with Pope Francis, which of course means that I am now the envy of less authoritative commentators such as John Allen Jr, Robert Mickens, Michael Voris, etc., who only got the "consolation prize" of buns with Fr "blocker" Rosica. 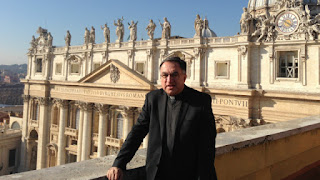 Hello! Fr Rosica welcomes us to his humble home.

"So, how's the synod going, your holiness?" I asked, as I took an Eccles cake to eat.

"Really well, thank you, Eccles," replied the pontiff. "It's good to see so many cardinals and bishops having a good time, debating whether we should carry on with the old Christian stuff, or whether some entirely new approach would be best. So far we've only had two stabbings and a case of poisoning - pretty good, don't you think?"

"Yes, it's all been very amicable," I replied. "I've not seen so many truly holy people collected together in one place since the old days of the Daily Telegraph blogs."

"Still, let me show you something," said Pope Francis, enthusiastically, picking up a letter from the table. I could see that it was a messy, scribbled affair, slightly torn, and with several crossings-out. 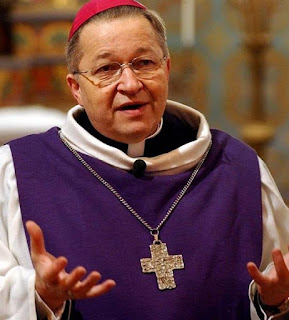 At that moment the door burst open and Cardinal Vingt-et-Un of Paris burst in. "Where ees zee letter?" he demanded. "Give me ze letter!" He snatched the letter from the Pope's hand, saying, "I did not mean to sign zees, mon vieux," and promptly crossed out his signature. "Rien ne va plus," he continued enigmatically, and rushed out.

I could see that the letter began something like: "To the Pope. Dear Sir or Madam, we think Kasper's a nutter, Danneels a creep, and Baldisseri a fraud. What are you going to do about it?" I was not able to read more when Cardinal Pell burst in, pulling along Cardinal Dolan by his ear to cries of "Ow! Leggo! Yarooh! Beast!"

"Sign the letter, cobber!" shouted Pell, "or I'll pull your ears off and make you eat them." Dolan hastily added his name to the letter, and the two of them left, Pell giving Dolan a parting kick up his ample backside. 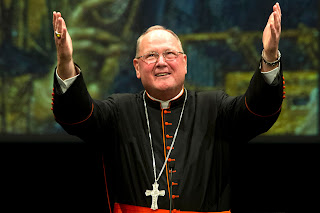 The Pope shrugged his shoulders, and watched as other cardinals burst in. Napier added a few lines to the letter, Scola crossed them out again, and Nichols asked "Er, did I sign it or not? I can't remember."

"This letter's something of a 'working document', isn't it, your holiness?" I asked. "Won't it be even harder to get the cardinals to agree on the final report of the synod?"

"Oh, no problem with that," said Pope Francis. "Baldisseri wrote that several months ago. You'll see - everyone will be happy..." 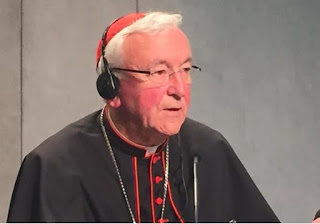 Vincent Nichols switches off and listens to some music instead.