As a blogger who endeavours to provide spiritual nourishment, I do regularly look at the writing of other satirists to see what the "competition" is up to. For example, Fr James Martin SJ, with his nuggets of made-up doctrine such as "Mary Magdalene was the Church" is a well-known star, as is Prof. Tina Beattie with her "human flourishing" that rewrites Catholic teaching as an over-the-top parody of feminism. 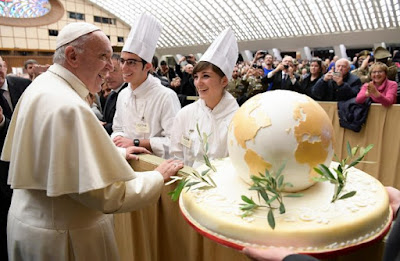 "And you say that Cardinal Burke's head is inside this?"

But now is the first time that I have encountered a parody of my own blog. Francis is Redeemed is clearly a spoof of "Eccles is saved", and very funny it is too, even if the author's name, Austen Ivereigh, is not quite as witty as, say, Fr Todd Unctuous or Archdruid Eileen.

Francis is Redeemed was written to celebrate the 80th birthday of the pope, and presented as if it were a genuine piece by the official hagiographer of the 2nd most powerful Catholic in the world (after Antonio Spadaro).

It is very tongue-in-cheek, and you have to be on the lookout for the clever bits of humour. Apparently Francis is interested in the Enneagram - and, in particular, is an "Eight", like Fidel Castro, Ignatius Loyola, and Martin Luther King. Of course he's also a Sagittarius and a thetan of the twelfth level, but that would be going too far with the joke. 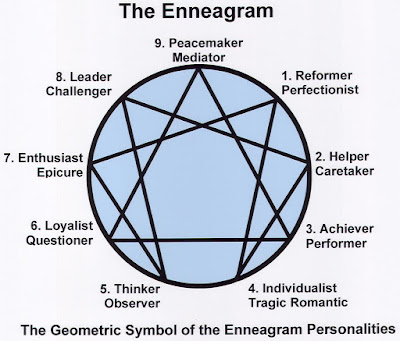 The Vatican has promised to purge all 5s from the cardinalate.

Then again, Francis is said to model himself on General Juan Domingo Perón, although presumably without the same fondness for fascism and love of torture. I must admit I would never have dared write anything quite so rude about the pope, but I am a mere novice at this satire game.

Yes, this new kid on the block, with his Francis is Redeemed blog, is writing some of the top Catholic humour of the day! Well done, man!

Bruvver Eccles, not an Eight, but a humble and dubious Five.