The Pope has published an apostolic letter (or Motu Proprio for those of a rigid disposition) entitled Magnum Principium. The term means "great principle", so after four years of this remarkable papacy, it has finally been revealed what the Pope's Great Principle is.

Is it: Faith? Hope? Charity? Humility? Mercy? Jesuit fudging? True doctrine (stop sniggering at the back)? 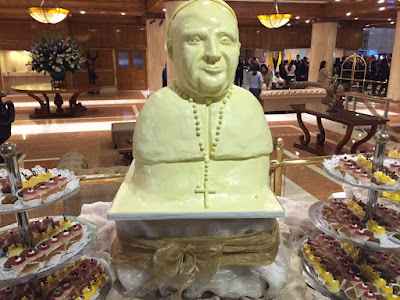 Nothing like Pope Francis, but would probably do just as good a job.

No, it's "I can't be bothered to run the Church myself, and so the Bishops' Conferences - which are already deciding on their own interpretations of Amoris Laetitia - will now be able to have their own Mass translations." Well, we say "translations", but "free variations on a theme in accordance with 'some principles handed on since the time of Vatican II' (???)" is nearer the point.

Over to Father James Martin SJ, the Pope's special adviser on doctrine, and a man with lots of original ideas.

"I'm going for a special Jesuit translation, which will omit the General Confession entirely, since we don't recognise any sins these days. Well, except voting for Trump, ignoring climate change, or refusing to laugh at Steve Colbert's tasteful jokes." 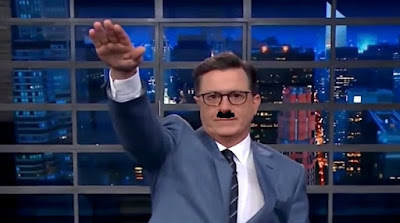 One of Steve Colbert's tasteful jokes.

"Then the Creed will become a free for all, in which the congregation will be encouraged to join when they feel like it, and remain silent over the bits they disagree with (this may be all of it!) We shall also have a few minutes at the end of the Creed for worshippers to add their own new ideas - for example about the Holy Spirit being female, and Mary Magdalene the first pope."

"But the highlight will be the sign of peace, when the Priest - this is too imortant for a Deacon - will invite people to participate with the words 'GIVE US A KISS'. The men in the congregation (for doctrinal reasons women are not welcome here) will be asked to come up and embrace the priest." 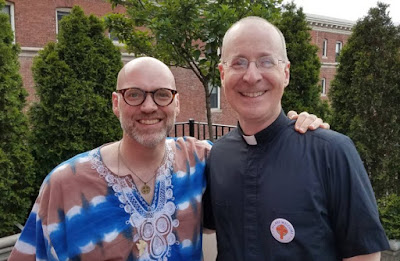 We live in interesting times, my friends. 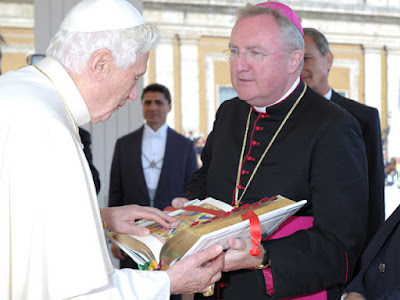 "This should last a lifetime, Arthur. Or until some fool changes it again."