Everyone who disagrees with me is cancer!

A special guest post from Bishop Robert McElroy of San Diego, reprinted by kind permission of America magazine, the Jesuits' own journal of spiritual nourishment. 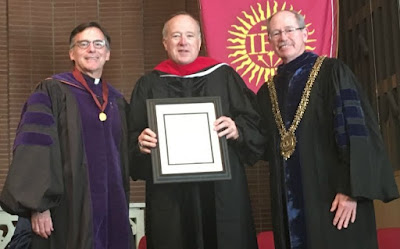 There has been a lot of criticism of my friend Fr "E.L." James (Martin), on account of his new sex book, "Fifty shades of gay". Why, even Cardinals Sarah and Napier have spoken out against him. Still, the less said about that the better, let's consider the ordinary Catholic in the pew. THEY ARE CANCER. Yes, they are. Well, to be fair, some are blackwater fever, others are bubonic plague, and the mildest of them are probably just a runny nose. But YES, they are SICK.

And don't give me any of that "Sober up you loony old coot" stuff. Pope Francis called for diatribe, and that's what you're getting. Diatribe, dialogue, diarrhoea, we gottem all.

As Fr James says, "The Holy Spirit helped to sell my book!"

God the Father inspired the Old Testament, and God the Son inspired the New Testament. Now God the Holy Spirit (or Pope Francis as he prefers to be known) has given us a third testament - Amoris Laetitia. He has even installed a new Pontifical Institute for Adultery to guide us through this new Catholicism.

Since writing his book about gay sex on bridges, Fr James has been scorned, vilified, mocked, laughed at, and - I regret to say - told in no uncertain terms that he is a screaming heretic. But his books sell, and that's what really matters. Remember that Jesus Christ was very keen on LGBT issues, and all claims that He ever regarded chastity as a virtue are simply BIGOTRY. And those who make them are SMALLPOX. 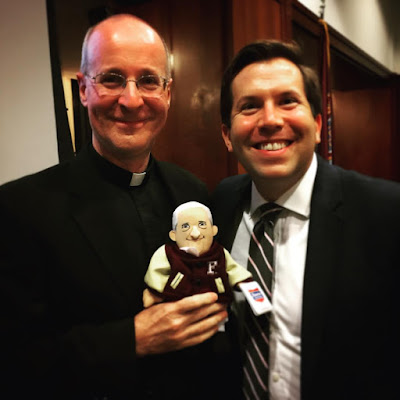 We congratulate Fr James and his partner on their new son (although he is a little undersized).

Can't you spice this up a little, Bishop? Antonio Spadaro says this piece is weak and understated. Ed.