1. For four months after the departure of King David Davis and Bo-sis the son of John, the mighty leader May-sis continued to guide the children of Bri-tain.

2. And a new prophet was appointed, Dominus the Raabi, who was to speak with Michael Bar-Nier, the servant of Pharaoh Juncker of EUgypt. 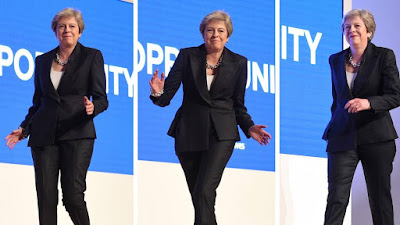 May-sis performeth a dance to please the people.

3. So, as the winter approached, Maysis announced an agreement that would make everyone equally happy: that is, not at all.

4. First, the children of Bri-tain would stay exactly where they were, but would be told "Guess what? Thou hast left EU-gypt."

5. Next, there would be an end to the brutal chastisement with whips, which so grieved the people. Henceforth, the children of Britain would be chastised with scorpions. 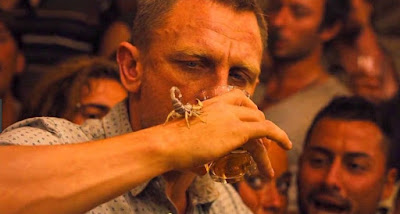 St James of Bond suffereth chastisement from a scorpion.

6. For these blessings, as for many others, such as the throwing of the Irishites into the sea, the children of Bri-tain would pay nine and thirty baskets of precious stones.

7. But to the astonishment of May-sis, the people refused to accept that a new era of happiness was dawning.

8. First there were the Gray Lingites, the Adonais, and others, who spake out saying "Give us a People's Vote, for those who voted last time were not people, but mere serfs."

10. Then there were the Corbynites who spake out, saying "We care not what happeneth, provided that we are given the keys to the Street of Downing."

11. And many of the advisers of May-sis fled in disarray, including Dominus the Raabi, who had still not determined what exactly he was supposed to be doing.

12. And May-sis sought for another adviser, and the lot fell upon St Stephen Bar-Clay, for he alone was slow off the mark while the others fled. 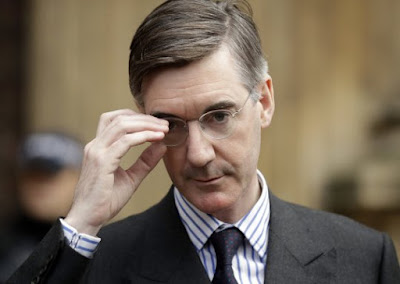 Finally, the voice of the Mogg is heard in the land.

13. So at last, there came the mighty voice of Jacob Gogg-Magogg, saying, "Well, actually, don't you know, mine honourable friend hath lost honour and I feel that, on balance, it is time to cast her into a deep pit filled with savage dogs."

14. Thus Gogg-Magogg wrote to the chairman of the mighty council that is called 1922, saying, "Alas, my confidence in May-sis is departed. Here is a short list of 300 people who could do a better job."

15. And May-sis waited to see how many more letters were sent to the council of 1922: for her fate depended on this.