Why JAMES J MARTIN, SJ is the Beast of the Apocalypse

Many attempts have been made to identify the beast. Could St John have meant Nero? Or was it a prediction of Napoleon? Or Hitler? Now, at last I have found the answer. 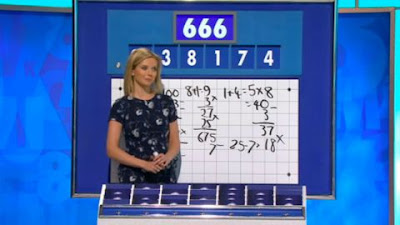 One of the standard codings of the alphabet is the following:

So we tried putting in various names such as FATHER (310), JAMES (156), MARTIN (390), LGBT (239), JESUIT (624), but nothing seemd to work. But then, Divine Inspiration! Fr James Martin actually has a middle initial, as is documented in several places, and it is J! (Nobody seems to know what it stands for, but my guess is Judas.)

Well, who else could it be? When the man isn't promoting his "Mary Magdalene was the Church" heresy, or attacking traditional worship, he decides to get people talking about him by tweeting stuff like this: 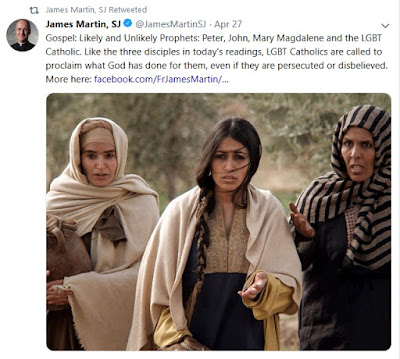 I suspect that James J. Martin SJ has known about the apocalyptic interpretation of his name for some time - why else would he stop using the second initial?

So where do we go from there? Do we get an interview, with, say Steve Colbert?

Colbert: Jim, I understand that, in addition to being a best-selling author, fashion expert, and part-time priest, you are also the Beast of the Apocalypse?

Martin: Heh heh heh, yes, that's right. From now on I'm going to put "BOTA" as well as "SJ" and "LGBT" after my name when I sell myself for speeches, fashion shows, gay pride marches etc.

Colbert: Jim, you're the sort of Catholic I can really go with! 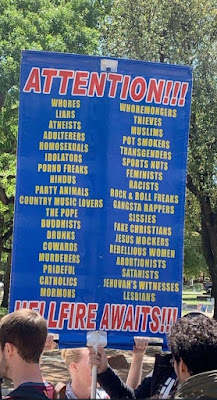