The Rome correspondent Edward Pentin has written a book detailing some possible successors of Pope Francis in the Chair of St Peter. Not that Pope F is likely to quit soon, since he still has a huge pile of Dubia to answer - the latest one from Cardinal Zen asks bluntly "Are you mad or bad?" (a difficult question to answer). Also, the Pope's health is excellent - he works out every day in the martial art of Pappaslappa - so it is likely that he will live to be 100.

Rather than go for a "runners and riders" approach, let's detail some of the qualities that the next Pope must have, and see where that takes us. 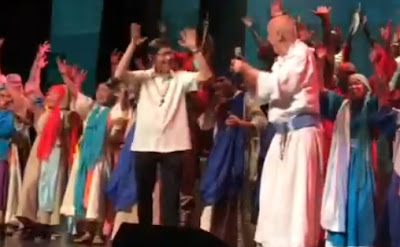 Getting down wiv da yoof.

The Church needs more young people, and the way to bring them in is to forget dusty old notions such as God, but instead appeal to their interests, namely sex, drugs, dancing and listening to rock music. A Pope who can tell his Elvis Lennon from his John Presley is what we really need! 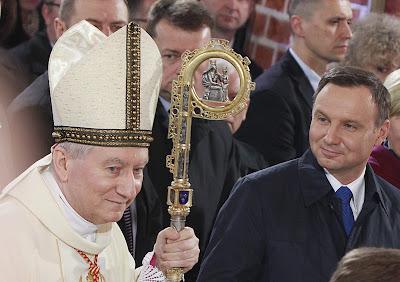 Nobody wants to think that their Holy Father is being manipulated by sinister forces, so is it not better to put the sinister forces in charge? That way we know where we are. 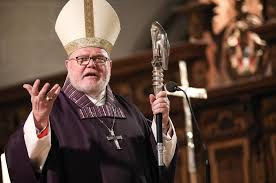 Someone who can make changes.

The German Church, imbued by the Spirit of Vatican III, not to mention Vatican IV, is showing us the way in dogmatic changes, and so a senior German cardinal, filled with the spirit of sauerkraut, kartoffelsalat and bier, would make an excellent leader for the Church as it heads for the cliff edge. 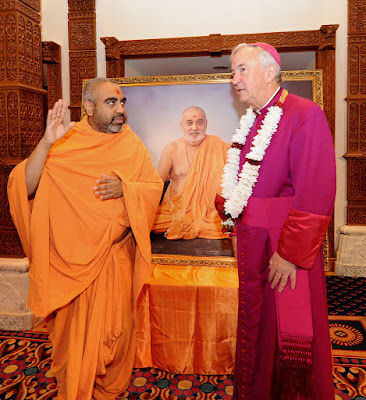 Is it time for a do-nothing Pope?

After all the excitement of Pope Francis's reign, maybe the Church needs a period of consolidation, with a Pope who has nothing to say, and nothing to do. Modern technology means that the next Pope may just be a cardboard cutout, programmed to give the occasional blessing. And who can say no to that? 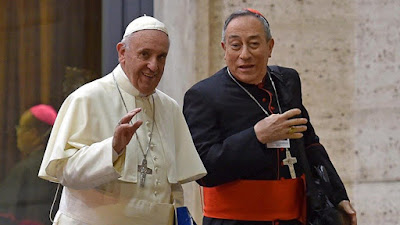 The Vatican finances are rather dodgy at present, so perhaps it is time to forget evangelisation, saving souls, and sound doctrine. Instead we need to concentrate on building up a huge bank balance, and so it is time to appoint someone who knows all about amassing the stuff in sackfuls. 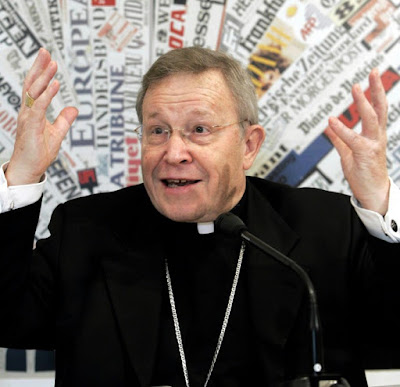 A safe pair of hands.

The Catholic Church should always be looking to the past, and perhaps it is time to elect someone who, although 87 already, can be relied upon to preach all the values of the swinging 60s, when the Church was reborn. It doesn't matter too much if the new Pope is barking mad, provided that he is there as a figurehead reminding us of our glorious past. 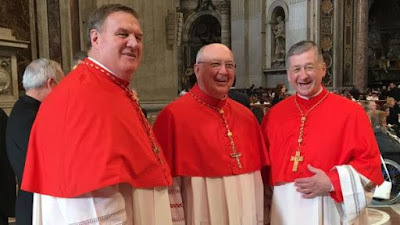 Why not elect three Popes at once?