1. When Jesus was born in Blacklefen in the days of Fis-herod the king, there came three wise men from the East, saying, "Where is He who hath been born King of the Jews? For we have seen His star in the East and have come to worship Him." 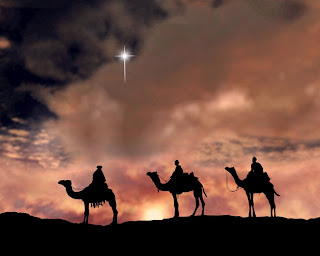 The three wise men, somewhere on the M25 motorway.

2. When Fisherod the king heard this, he was troubled and said, "We don't want any of your sort here, thank you very much. Worship of the Messiah is reserved for local people, and ye have come from afar."

3. "For did not the prophet Smiff decree that we should give priority to the humble shepherds, who abide in the fields nearby?"

4. For there were indeed shepherds at hand, and their worship was conducted in simple words such as "Wurr! Tis a foine day!" because they had learned their trade from listening to the Archers. 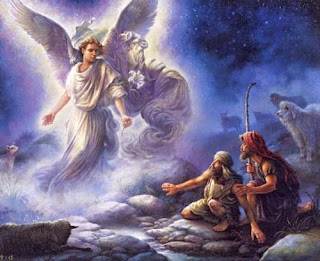 "Ooh arr, there's good news, lads," saith the angel in the tongue of the shepherds.

5. "Moreover, O wise men, ye have come from afar," said Fisherod, "and ye speak not the local tongue of Blacklefen."

6. For the wise men had studied the language of the Roman empire, which is called Latin; indeed, it had been encouraged in the days of King Finiganus, he that now reigned over the gates of Mar. 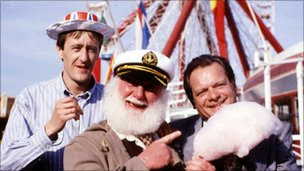 Three less-wise men worshipping at the gates of Mar.

7. "Alack!" said one of the wise men, "we have nowhere else to worship. Also, we bring costly gifts of gold, frankincense and myrrh, such as might stimulate the domestic economy of a young couple bringing a Messiah into the world."

8. "What tales we shall have to relate," said another one. "Surely the evangelists St Zuhlsdorf, St England, St Eccles and St Mundabor will tell of our deeds. Yeah, and St Damian, he that is called the Spectator."

9. But Fisherod charged them not to speak of these matters (so it is somewhat lucky that an account hath come down to us), saying that it was sometimes a mortal sin to report the truth.

10. Thus the wise men said Adstringite illud pro alaudida! which, loosely translated, means "Stuff this for a lark!" and returned to their own homes. 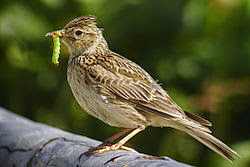 A lark, like unto that for which it was stuffed.