Britain is going to Hell, so let's help it along, says report

After two years of detailed analysis, a fancy commission, chaired by the retired judge Baroness Butler-Sloss, has noticed that, by and large Britain is going to Hell.

However, the brilliant Butler-Sloss team (including Rowan Williams, the former Archbishop of Canterbury) has found the solution: help it on its way! 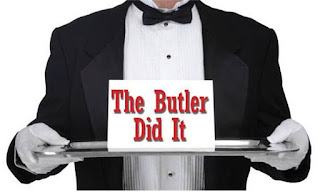 Who produced this criminally stupid report?

* We are overwhelmed by people who, although they are not Muslims, bruv, do like killing people while shouting "Allahu Akbar!"? Then let's ask ISIS to send us more of the same, introduce Sharia law, and force all women to wear burkas!

* Faith schools are vaguely religious? Close them down, we can't have some people believing different things from others! We know how good bad Diversity is!

* Thought for the Day is watered down so much that it's hard to find any religious content? Then let's introduce some specifically non-religious thoughts for the day! Perhaps Richard Dawkins with his "abort the Downs kids"? Or Polly Toynbee? 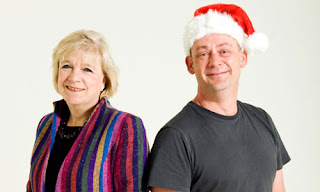 The new-look Thought for the Day

* People aren't going to church? Then extend Sunday trading and make it more difficult for people to go to church!

* Our churches are led by a bunch of self-serving weeds who don't really believe in God? Then let's appoint some specifically secular bishops! 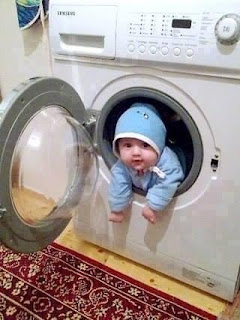 A washing-machine gives birth to a baby. Note that it emerges fully clothed.

The Butler-Sloss approach to "fixing broken Britain" obviously has many applications in everyday life.

My car has a puncture. Have you thought about sticking needles into the tyres?

My house is flooded as a result of the recent rains. We recommend turning on a few taps and emptying some bottles of water over the floor. 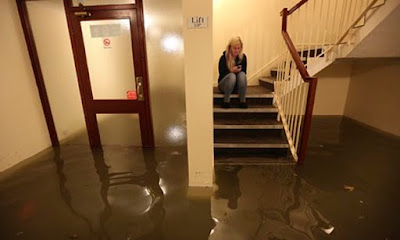 "It's not working. We need more water!"

There is a famous retired judge who, every time she says something, makes me want to bite the carpet. Why not get her to chair a commission, so that she has the opportunity to make her views more widely known? Meanwhile, make sure you stock up on carpets!

Yes, that seems to be the answer.