Canon Giles Fraser, vicar of St Mary's, Newington, Guardian columnist, Thought for the Day star, Moral Maze pundit, and all-round liberal, has finally been persuaded to accept a refugee into his home.

The refugee in question, Don Al-Trump, is a man who feels persecuted in his own country because of his beliefs (specifically, that banning Muslims is the answer to all problems); nevertheless, it was thought that he would not be able to find refuge in the UK. Father Giles, however, is living up to his Christian principles, and has promised to welcome the stranger ("and they don't come much stranger than Donald!" he quips). 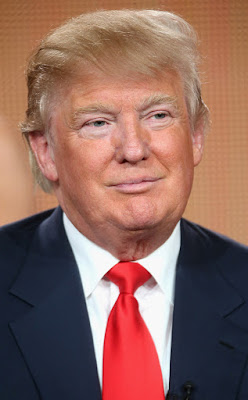 "I'm not one of those hate preachers you come across, who want to ban people from the country because of their beliefs," explains Canon Fraser. "Admittedly, I'd prefer someone who was more gay-friendly and less driven by his religious faith, but you can't have everything."

It is expected that Don Al-Trump will lead a fulfilling life in London until he manages to settle down and find a job. At "Loose Canon Towers", he will have access to several million old copies of the Guardian together with Thought for the Day recordings going back to the 1960s, so a spiritually nourishing lifestyle awaits him. It is expected that tonight Fraser and Trump will attend a boxing match featuring Tyson Fury - both are great fans of Mr Fury, not least because he is clearly a man of deep religious convictions.