Hillary demands back her soul

Following her unsuccessful campaign to be the first woman president of the United States of America, Hillary Clinton has sent a stern e-mail to the demon Mephistopheles demanding the return of her soul. 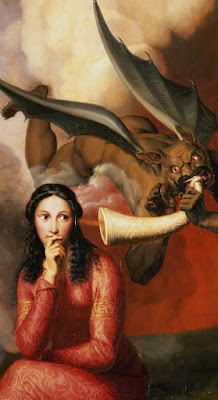 A young Hillary negotiates a deal for her soul. 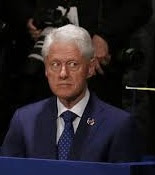 "I did not have sexual relations with those 500 women."

Many people had suspected that Hillary's soul was no longer her own, having seen her fanatical hatred for unborn children - and her support of the Plant Parenthood "Buy your loved one some baby parts for Christmas" organization - the disgusting "Spirit Cooking" habits of her friends (unmentionable in a blog like this, which is read by innocent children and priests), and her general dishonesty. 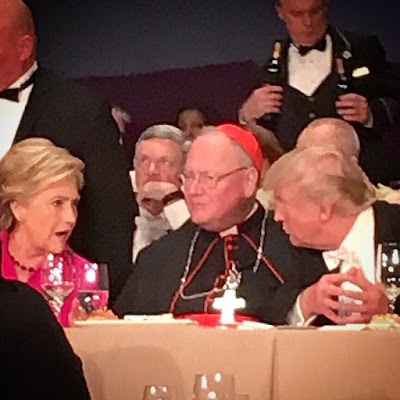 That embarrassing moment when your dinner guests insist on discussing politics.

So what went wrong? Well, there came into the world a modest, virtuous, chaste, and holy being called St Donald of Trump, who fought the evil dragon Hillary and captured the presidency from her. He thus made America great again, and brought the dawn of a new era of prosperity and world peace, and an end to famine and disease. (I've copied this from a press release, but I am sure that St Donald is being scrupulously honest here).

However, demons are completely unreliable, and should not be trusted, and so it is unlikely that poor Hillary will get a refund. 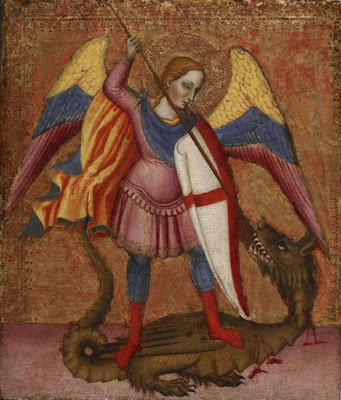 As a side-effect, we learn that Fr James Martin SJ has finally "got religion" - at least his reaction to the events was to say "Lord, have mercy!"