So I dreamed that I was on the point of death, and the only person around to see me die was Father Wallace Thompson of the Evangelical Protestants.

The flag of William O'Range, a celebrated Irishman.

"Eccles, my boy," he said, "you are going fast, so what shall we put on your tombstone?"

"DON'T CALL ME FATHER, YE PAPIST SCUM," he retorted. "Anyway, in the Orange Order we don't allow 'Rest in Peace', as that's a Catholic prayer for the dead. No, everyone is either SAVED or UNSAVED immediately. It looks as though your tombstone will bear the simple message 'ECCLES - UNSAVED' unless..."

"Unless ye can be instantly saved by your faith."

"So what's all this we had in the Gospel about a judgement at the end of time?"

"Ah, that Matthew chap wasn't a true Protestant, he made mistakes. No, when you die you either go instantly to Hell, where you have to read the worst of Catholic literature for an eternity - Crux articles by Austen Ivereigh, new blasphemy from James Martin, even the comic theories of Tina Beattie..., and you'll be wailing and grinding your teeth, OR... 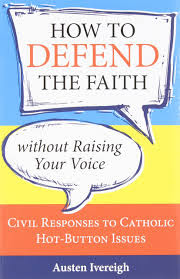 Now renamed "How to raise your voice without defending the faith".

"Or, as a member of the Orange Order you will be instantly saved, and can march up and down the Shankill Road in Heaven, playing the flute, wearing the sash and praising King Billy."

So I joined the Orange Order and died with a smile on my lips. But it was only a dream. 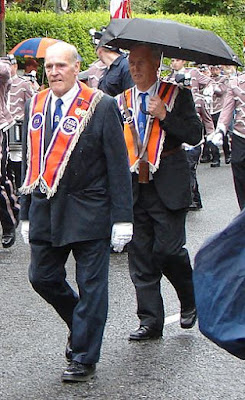 A rainy day in Heaven.