Brexodus 19 - the return of Bosis

1. So Maysis had vowed that she would no longer lead the children of Bri-tain round in circles, looking for an exit from the land of EUgypt. Thus it became necessary to choose another leader. 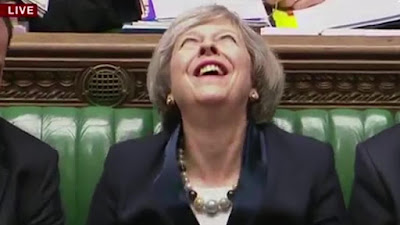 Maysis raiseth her eyes to Heaven.

2. And ten brave men came forth and said "Let me rule over you."

3. These included names that were well known to the Conservatites, such as Bosis, Jeremiah the Hunter, Michael the Governor, and Sajidiah the secretary of homes; and, noisiest of all, Rorate the mighty walker.

4. This Rorate was wont to walk in the green fields, hoping that he might find people on whom he could drop down his thoughts.

5. But then the candidates disappeared one by one, as in the fabled book of Anima Christi, known as "Ten little Tories", which was known throughout the land of Bri-tain.

6. So finally there remained only Bosis and Jeremiah, and they were to be considered by the whole tribe of Conservatites.

7. Meanwhile, the Pharaoh of EUgypt, known as Juncker, wished to retire in order to spend his declining years with his wine cellar.

8. Thus there stepped forth a new female Pharaoh, Ursula of Lebanon, and she was chosen by means of a mystic process known as democracy. That is, a mighty voice spake out saying: "We proclaim Ursula the Queen of EUgypt. Like it or lump it." 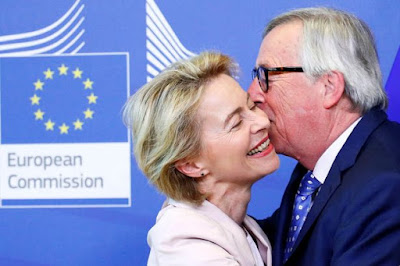 Pharaoh Juncker offereth the new Queen the Sign of Peace.

10. At last, finally, the tribe of Conservatites decided who should lead them out of the land of EUgypt on the last day of October. 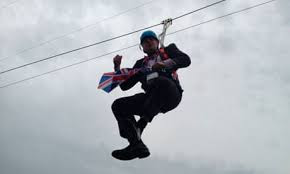 Bosis descendeth from Heaven. Except that he getteth stuck.

12. Then the people expressed their delight by cheering, hissing, wailing, gnashing their teeth, and uttering angry tweets.

13. And Bosis spake out saying, "Crumbs! I say, chaps! What a lark, eh?" which, being translated means "I shall endeavour to serve you to the best of my humble abilities."