Who is Eccles? Who is Bosco? What is this blog all about?

Once upon a time there was a Telegraph blogger called Damian Thompson, who wrote mainly on religious subjects from the perspective of a traditional Catholic. His blog was referred to as "Holy Smoke", and attracted a variety of commentators. Damian discussed vital issues of interest to Catholics, such as, who would be the next Archbishop of Westminster, was Bishop Arthur Roche eating too many cinnabons, and was Mgr Andrew Summersgill capable of organizing a papal drinks party in a brewery? 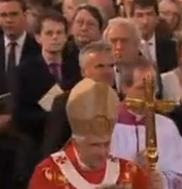 Damian Thompson in Westminster Cathedral, angry at having been "cut" by the Pope.

Thompson's blog also attracted a number of anti-Catholic trolls. First, there were the atheists, those who thought that Richard Dawkins was some sort of theological giant, and whose rhetoric mainly consisted of references to sky-fairies, bronze-age goat-herds and child abuse. Oh, they found child abuse fascinating.

Second, there were Christians of a distinctly non-Catholic flavour. Chief among them was one who posted with a clown avatar as "stbosco", a man greatly influenced by the ideas of Jack Chick. Whatever the subject of discussion - and Damian was gradually moving away from Catholic topics onto general politics and gossip - Bosco (as we shall call him) would post twenty-line diatribes copied and pasted from virulently anti-Catholic sites, or sometimes written by himself in his own illiterate style. Bosco has his own blog, which no decent person would ever wish to read, but, if you are feeling indecent, you can probably find it quickly by Googling "bosco blog bite me". 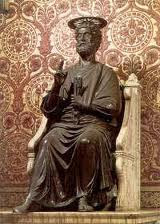 One of the few images on Bosco's blog that does not have an obscene or disgusting caption.

Most of Bosco's blog is to do with accusations against Catholics of homosexual practices, child abuse and idolatory. It is also highly scatological. You really don't need to read it.

Anyway, early in 2011, a new poster (or possibly an old one, rebranded) turned up on Damian's blog, calling himself "Eccles", in honour of the famous Goon Show character, and claiming to be the younger, even less intelligent, brother of Bosco. Like Bosco, Eccles believed he was automatically "saved", which meant that like Bosco he could tell lies, insult people, and be generally rude, safe in the knowledge that his golden crown was already waiting for him, together with a seat at God's right hand. The Eccles comments were ridiculous parodies of Bosco's.

Eccles cultivated a style of illiterate writing similar to Bosco's, but worse, which was stolen from the Molesworth books ("Down with Skool!" etc.) which allowed a talented writer to indulge in sub-Joycean wordplay.

Bosco furiously denied that Eccles was his brother. Well he would, wouldn't he? The moderators on Damian's blog soon got into the habit of deleting roughly 50% of Bosco's posts and Eccles's too. 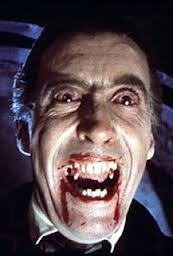 So Eccles decided to write his own blog, and just link to it. The links were often "muddlerated" away, but the blog survived as an account of the life of Eccles and Bosco. The first story to appear on this blog was a charming little fable about Bosco attending a Bible class. It concluded:

In our last lesson, Bosco got very cross wiv de Cathlic preist, Fr X. Pell de Mons, cos in his room he had a children's book wiv a pitcher of a pengiun on de cover. Bosco fought it was a nunn and went bersek. Here is Polly de Nunn, she aint so dangrous, is she? 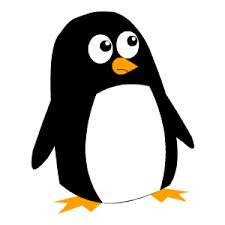 As time went on, other trolls from Damian's blog found themselves appearing in Eccles's blog. Chief of those was "Anti Moly", loosely based on an atheist commentator from Adelaide with a reputation for obsessiveness, insults, bad temper, and bullying. She turned up as the great-aunt of Eccles and Bosco, who was definitely "unsaved", was addicted to drinking gin (or hair-restorer, if necessary), and liked to stay up all night screaming at the Internet.

Another comic character who appeared for a while was Fr Arthur, a very liberal "priest in good standing", who was very fond of accusing his brothers in Christ of all manner of sins. When people went to Confession with him, they found that they did not need to say what they'd done wrong, as he would tell them (and told them that they should not expect forgiveness). Oh, there was also a comic character called Damian Thompson, who lived in a palatial mansion in Notting Hill, with a variety of domestic servants who coincidentally shared the names of Telegraph bloggers.

Bosco himself eventually disappeared from Damian's blog early in 2012 having been finally banned. Eccles himself began to change the direction of his blog somewhat, especially when he realised that Damian Thompson was no longer writing about religion (apart from settling scores, e.g., by claiming that Archbishop Tartaglia had a weight problem). 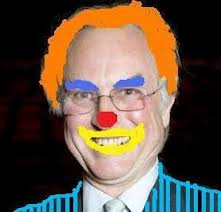 The everyday stories of life with Bosco and Moly gradually began to give way to vicious and unfunny satirical attacks, now written in reasonably literate English. For example, there are the "Eccles Bad Hynm Award", where our hero interviews the writers of such masterpieces as "Shine, Jesus, Shine", a "Book of St Richard", where the life of the blessed Richard Dawkins is related, and a variety of brutally cruel pastiches of contemporary religious attitudes.

Eccles himself continues to be a "saved pusson", and you may regard some of the more literate writings as being by his assistants, Ecclesiastes, Ecclesiam and E. Cake, if you don't think he wrote it all himself.

Who Eccles is: Well he claims to be a saved pusson. If you have read this far, then you is slightly saved too. 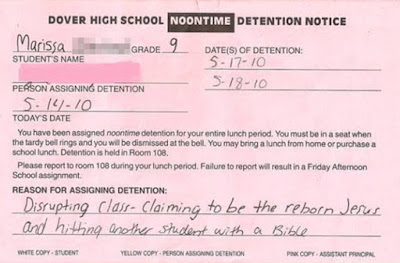 Totally irrelevant picture to finish off.