Meghan says "just two husbands" in order to save the planet

We applaud the promise made by the Duchess of Sussex, wife of Prince Harry (sixth in line to the position of Supreme Governor of the Church of England), that she will limit herself to two husbands in order to save the planet.

Apparently, each extra husband produces 58 tons of carbon dioxide per year (as indeed do wives), which some regard as a bad thing. Having reached her quota of two husbands, the Duchess has promised to stop. It's always easy to say "Oh, just one more!" but the strongly religious must try and resist the temptation to take another spouse (or else they may justify it by reference to Amoris Laetitia, but that's another story). 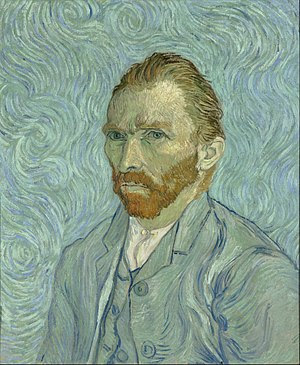 Indeed, in the Royal Family, although Charles and Anne have married twice, many traditionalists such as Queen Elizabeth, Andrew, Edward, and William, have so far rationed themselves to one dash down the aisle. It's a far cry from the conspicuous wife-consumption of Blessed Henry VIII.

Jetting off on her latest mission of world evangelisation, Meghan plans to meet some of the superstars that she regards as role models for all women; these include Caitlin Jenner, Chelsea Manning, Laverne Cox, etc. 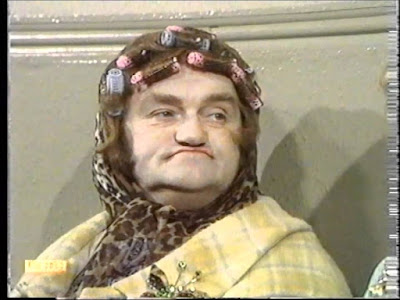 As seen on the cover of Vague.

Her son, Prince Archie, is now beginning to talk (and, if he takes after his mother, will never stop talking), and we were lucky to obtain an exclusive interview with him.

Eccles: Archie, what do you think of your mother's plans to reduce her carbon footprint and save the universe, by limiting herself to two husbands?

Eccles: Do you feel that she should be influenced by Greta "Little Greenbottle" Thunberg, or should she study the statistical regression techniques used in translating dodgy climate data into worldwide panic?

Eccles; Your Royal Holiness, thank you very much. 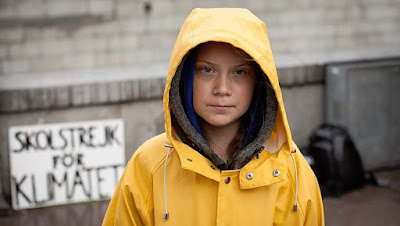 "Tis I, Captain Greenbottle, saviour of the world! Waves at her adoring fans. Falls into the sea. Blames climate change."