The CathEccles Herald - an apology

From Chris Altar-stripper, Editor of the CathEccles Herald. With this witty and very moving piece about St Mary "the nympho" of Egypt, the highly esteemed writer Destiny's Child-Glenda de la Slagg brings to the end her series of hit jobs on Catholic saints. (A follow-up piece on St Mary of Nazareth has been withdrawn as it might have appeared insensitive and inappropriate, although I personally thought it was brilliantly satirical.)

"See, in true clickbait fashion, you absolutely WOULD believe what happened next. Gotcha suckers. Womp womp," as Destiny puts it in her unique literary style. There have been one or two million complaints about the last piece from the readership of the Herald (now down to 36), and it is true that Mrs Child-Glenda de la Slagg scribbled it down at the end of a lively but not riotous party, shortly before throwing a chair at the editor. Has anyone got a problem with that? Destiny tells me that she will continue to write her articles on toilet walls, with the hope that eventually they will be gathered into a big book with the provisional title Saints!!?? Arentchasickofem??!! We feel that they have done lasting good to many souls - there were people who still accepted the Catholic attitude towards saints, and as a leading secular writer - she has a regular column in the Wounded Moose Morning News (circulation 12), as well as being a much sought-after speaker on the 4 a.m. Radio Wounded Moose Will nothing send you to sleep? show - she knows how to offend Catholics! 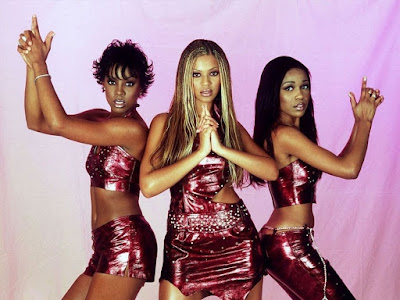 Our writer's mother was a great fan of Destiny's Child. Not everyone who read Mrs Child-Glenda de la Slagg's pieces enjoyed them. A few humourless people and institutions, such as Pope Francis, the CDF, Cardinal Nichols, the Catholic Bishops of England and Wales, the USCCB - even Fr James Martin, Massimo Faggioli and the entire German church! - are still refusing to roll on the floor laughing at her devastating wit. Still, the piece did reach many people and institutions who would otherwise have missed out on her offbeat way of writing about Christianity. "I haven't laughed so much since Pope John-Paul II died" (R. Dawkins of Oxford). "God will never recover from this one!" (The National Secular Society). "Whoop! Bottoms bottoms bottoms and what a super piece that was!" (S. Fry of every TV and Radio programme). With fans like this, who needs Catholic supporters? So, you miserable "Catholics" who read the CathEccles Herald looking for spiritual nourishment, why don't you just get knotted? Chris Altar-stripper, Editor of the CathEccles Herald, incorporating PlayCatholic and Sexy Saints. P.S. We have been looking for a talentless nobody to take over the "soft porn" column, and we have found just the chap! A big welcome to Mr Eccles! 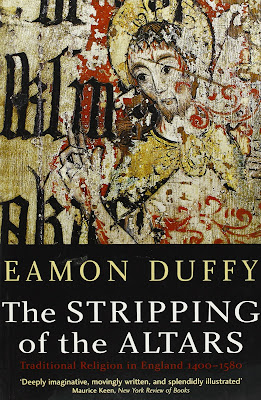 On Destiny's advice we'll soon be serialising this book about Catholics stripping!
Posted by Eccles at 13:47