The Book of St Richard, Chapter 4

1. And the tragic story which Richard had written, Jean the shellfish, became exceedingly famous. Yeah, almost as famous as the Gospel according to St Damian, that which is called The Fix.

2. And yet these were lean and barren years for Richard, for he was not yet considered to be a great prophet. And so he continued to lecture in Oxford on the ways of the aardvark, etc.

3. For it is written that "aardvark never hurt anyone." However, since this is rather a bad joke, those who repeat it usually regret doing so. 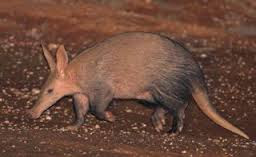 An aardvark, not hurting anyone

4. For six long years he toiled, and then Richard wrote another book, The extended phenotype.

5. For if a book is popular, then the publisher doth demand a sequel, no matter how boring it may be. Just as many now quake in fear, thinking that we shall soon see The Son of Fix.

6. And the same maxim may apply to wives; for after seventeen years Richard put aside Marion, the companion of his bedchamber, and took unto himself a second wife, Eve.

8. For Richard begat a child, and called it Juliet Emma. And lo! His spirits rose and he said "My genes magnify the Lord, or they would do if He existed, which frankly He probably doesn't." 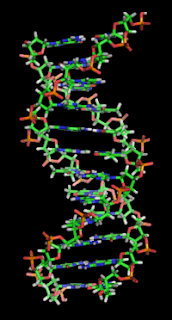 Congratulations, Dr Dawkins, your wife has given birth to some genes!

9. Then the famous ancestors of Richard, including Black Henry Dawkins the slave-driver, said to themselves, "Perchance young Richard is not such a wimp after all. For he hath passed on our genes, yeah, even unto the next generation."

11. And it happened in this wise. Richard, being a man of great wealth, owned many oxen, and asses, and aardvarks. But his most valued possession was a clock.

12. For Richard said to himself, "I am the Lord of Time." Which will be interesting later when we come to discuss his third wife.

13. But one day the clock stopped, and he needs must take it to a clockmaker. 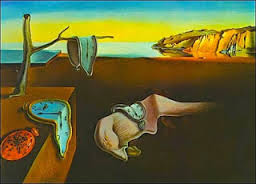 Clocks repaired by a blind clockmaker

14. But the clockmaker had been blind for many years, and when he returned the clock to Richard, it was damaged beyond hope.

15. And Richard said to himself, "Is this not a metaphor for the whole of Creation? I shall write a book, explaining why the World is in such a mess. Surely it was produced by a blind Creator?"

16. And I shall call the book The bloody useless clockmaker."