The Book of St Richard, Chapter 5

1. So it came to pass that Richard called his book The Blind Watchmaker.

2. For the wise men of Oxford University Press had said unto him, "Your title The bloody useless clockmaker is a no-no, squire."

3. But Richard spake unto them saying, "I care not, really. Just keep sending me the royalties."

The blind watchmaker passes on his genes

4. And Richard was hailed as the new Darwin, yea, the only man who really understood how evolution worked.

5. And he considered chartering a boat, and sailing to the Galapagos islands therein, that he might improve on the work of Darwin, and perhaps become even more celebrated.

6. But in the end Richard hardened his heart against the idea; which is why we have no classic Voyage of the Chicken, to place alongside the Voyage of the Beagle. 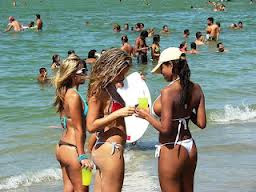 Wildlife on the Galapagos Islands

7. Then Richard spake unto the World, saying, "Genetics is dead. Long live Memetics."

9. So the fame of Richard spread, and he won many awards. The Mooseknuckle Humanists' Club gave him their prestigious Golden Spleen award, and the Emperor Nero Burn-the-Christians revivalists presented him with a pair of engraved silver noseplugs.

10. And Richard was invited to give the Royal Institution Christmas Lectures for Children. Which is ironic, as he was neither a royalist nor a Christian, even if he belonged in an institution. 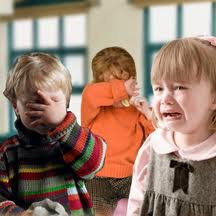 An audience of children listens with rapt attention

11. And Richard insisted that Christianity and Creationism were the same thing, and that this disproved Christianity. Q.E.D.

13. Finally, even the men of Oxford recognised Richard's greatness, for they promoted him to the rank of Reader in Zoology, which means, "Not quite good enough to be a professor, but still pretty sound on chickens."

14. But there were men who spake against Richard, saying, "He is totally la-la, and needs to be in a mental home."

15. So they sought a hospital with a special ward for deluded megalomaniacs, which might be called the La-la Ward.

16. Which will bring us naturally to the next chapter, for by now Richard had put aside his second wife, and was driven by his genes to seek a third. 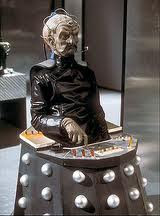