The Book of St Richard, Chapter 3

2. And the young men said "Thank God that's over! Let us go down to the pub now."

3. But Richard continued his researches into the unknown. He hardened his heart against the humble chicken, and decided to break ground in pastures new. 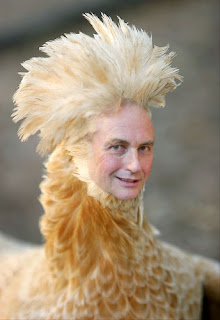 4.  And Richard cried out unto the Lord with a woeful heart, saying, "Lord, thou probably dost not exist, but anyway, here I am, an obscure lecturer in zoology. Grant unto me fame and fortune, and perhaps a prettier wife who can operate a Tardis. If not, I shall be stuck here for another thirty years, telling the young men the way of the tortoise."

5. And God spake unto Richard, saying, "Why not write a book? It did wonders for My servant Isaiah, who became a prophet in good standing."

6. And Richard said unto himself, "Clearly there is no god, but my genes are telling me that I should write a book. And I shall call it Richard Dawkins's naughty book of sex."

7. But the wise men at Oxford University Press spake unto Richard saying, "Thou mayst mention sex, if thou wishest, but we prefer a more sober title.

8. So they considered Take off your jeans, I'm feeling selfish, but eventually they shortened it to The Selfish Gene.

9. Although some called it The Shellfish Gene, and others debated whether it should be The Shellfish's Jeans. After which, of course, the world would be Richard's oyster. 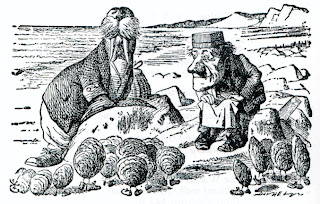 10. And the main theme of Richard's book, once he had deleted the passages about the women of the night eating oysters in Paris, was genetics.

11. "Lo!" he said. "I am a worthless being, and I am only here so that my parents' genes may be passed on to the next generation."

12. And many people spake unto Richard, saying "Indeed it is the truth, thou art a worthless being." But, as it happens, he had not yet passed on his genes.

13. And the ancestors of Richard, they who had built up the family fortunes, and owned many slaves in Jamaica, looked down upon him and said, "This is a poor lookout for our genes so far." 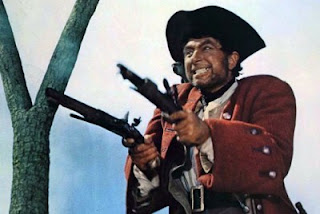 14. Yeah, even Black Henry Dawkins,  he who had owned more than one thousand slaves, looked down (well, up, in his case), and said, "I know not what the youth of today is coming to. Young Richard is writing books when he could be dealing in slaves and passing on our genes."

15. But slowly fame was coming to Richard, although he was not yet quite as famous as the Lord.

16. For he was to fulfil the words of Ecclesiastes: Of making many books there is no end: and much study is an affliction of the flesh.