It was reported that witches in Stockport were claiming religious persecution, having been forbidden from using Catholic church premises for their own rituals. However, they have decided to fight back, and we can reveal that they have now obtained planning permission for a "gingerbread house" of their own. 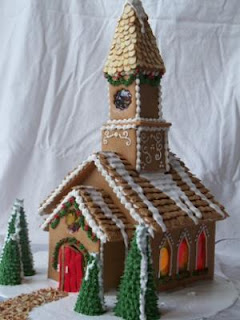 St Sycorax's - soon to be open for worship

Said a spokesman, Lady Jadis of Charn, "We are traditionally called 'White witches,' which means that our doctrines should be fully compatible with modern Catholic thought. It is true that I do occasionally get excited and turn people into stone, but this does at least stop them fidgeting in church." 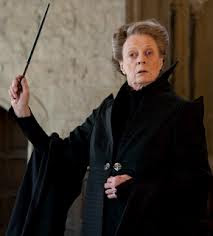 Fr John Joyce, a spokesman for the diocese of Shrewsbury, was less enthusiastic. "If these ladies wish to use our premises, there are several theological stumbling blocks that we need to overcome:

1. Women officiating at services. This is a problem we have had with the Anglicans too.

2. Gratuitously turning people into amphibians. It is true that Father Ogg seems to be greatly improved in appearance since his interview with Mrs Morgan le Faye, but he now finds it very hard to serve at the altar. 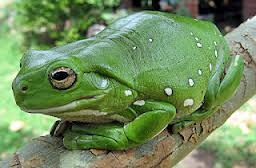 Fr Ogg (blessings be upon him)

3. Liturgical differences. Looking into a mirror and saying 'Who is the fairest of them all?' may be all right for the Baptists, but it is not a form of words authorized in the new translation of the Liturgy.

4. Dancing round cauldrons singing 'Eye of newt and toe of frog.' Acceptable in Portsmouth maybe, thanks to Paul Inwood, but not really done in the Shrewsbury diocese." 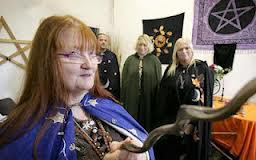 Would it help if we sang "Alleluia, Ch Ch?"

Liberal elements in the Catholic church have pressed the Pope to "reach out to our separated sisters in sorcery," but Vatican insiders do not think there is much hope of any agreement at this stage. 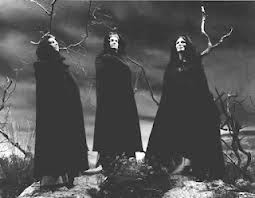 The delegation sent to Rome foresees little but "Toil and trouble" ahead.