New Pope criticised on all sides

Jerusalem, AD 33. Pope Peter, the new occupant of the Chair of St Peter, has been severely criticised both by traditional and liberal commentators following his taking office two weeks ago. 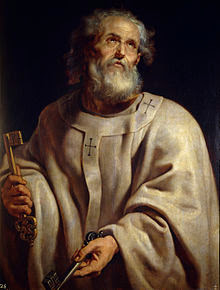 Pope Peter - a new era for the church?

Since the departure of Jesus, last seen mysteriously disappearing into a cloud, Pope Peter is now the leader of several hundred Catholics worldwide, all of whom are waiting to see in which direction he will take the Church.

Traditionalist bloggers, led by Roar at Galilee, have already criticised Pope Peter on the following grounds:

1. He has abandoned the tradition of walking on water, probably because he is not very good at it.

2. He seems unwilling to celebrate Masses in Latin, preferring a modernist Aramaic service.

3. Following a rather sordid incident involving a cock crowing, Pope Peter has been accused of complicity with the repressive Pontius Pilate junta. 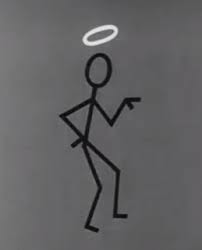 4. So far Peter has refused to wear the traditional halo.

Roar at Galilee has called for a return to the age of miracles, saying that what Pope Peter needs is a little more Spirit. With Pentecost rapidly approaching, it will be interesting to see whether the new pope can satisfy such critics.

Meanwhile, liberal Catholics are equally disappointed. The Tablistines People's Front (Pepinster, Curti, Beattie, Stourton, ...) has observed with dismay that the new Pope is showing himself distinctly reluctant to embrace abortion, euthanasia, same-sex relationships or women apostles. "I feel let down - I only joined the Catholic church for way-out sex and violence," complained one Tablistine. 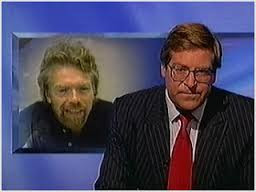 Ed Stourton, who has complained that a baboon keeps peering through his window.

At this stage the general feeling is one of disappointment. It is clear that Peter will not be able to match the record of his illustrious predecessor: nonetheless, some have said that dropping the "King of Kings" role and presenting the Pope as a simple fisherman may be just what is needed to increase the popularity of the Church. 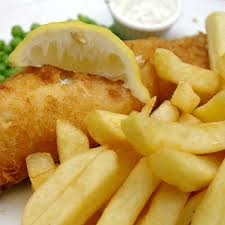 Simple fish and chips - a dish fit for a modern 1st century Pope.