The Book of St Richard, Chapter 13

1. And it came to pass that the fame of Richard spread abroad, even unto Sri Lanka, and there came wise men from the East who would name a fish after him. 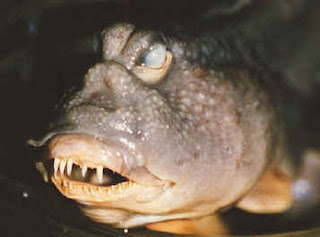 3. For from generation unto generation, men will enter into the shop that is called Harry Ramsden's, and say 'Dawkins and chips, please, darling.'" 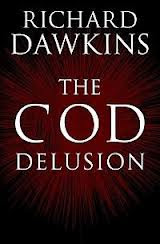 Richard's main contribution to the study of fish

4. And the name of Dawkins became known throughout the fish-loving world; yeah, his words became as famous as the words of the philosopher Captain Haddock, he who once spake of the ten thousand thundering typhoons. 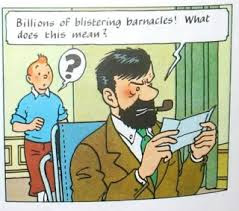 5. And now (finally) began the long spiritual journey of Richard, that which began with unbelief and ended with his being taken up to Heaven.

6. For Richard began to question his faith for the first time in his life. "Yeah," he said, "I am not an atheist, he who denieth God. I am an agnostic, he who hath not much of a clue about anything."

7. And he was told of the words of the philosopher Wittgenstein, he who said "If thou knowest not what thou talkest about, then shut up."

8. "But I cannot shut up," said Richard, "for I have many followers, who worship at the Dawkins foundation of reason and science. They cannot think for themselves, so where will they go if I allow my lips to cease their eternal motion?"

9. So Richard went to Cambridge, and visited the tomb of Wittgenstein. And lo! a sign was given unto him. 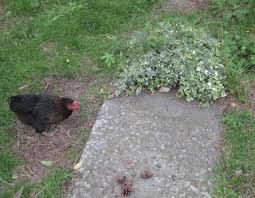 A chicken at Wittgenstein's grave

10. For there was a chicken at the tomb, and it spake unto Richard, saying "Cluck!"

11. And Richard, who had written a thesis on chicken behaviour, knew that this meant, "Be silent, O fool!" or possibly "May I offer you a worm?"

12. And Richard saw this sign and said in his heart, "Now I am confused indeed."

13. But lo! there now came into his life a wondrous book, which was set to confuse Richard even more. What wisdom lies inside this wondrous book?