Welcome to another edition of Unbelievable with me, Justin Bieber Welby Brierley. Today we have a no-holds-barred fight between Peter D. Williams of Catholic Voices, and Professor Hans Küng, learned professor and Catholic priest in good standing (it says here).

JB: So, Professor Küng, would you like to tell us when you first went mad?

HK: Jawohl. It happened when I was a student. One day I suddenly realised that I was right about everything, and the Pope was wrong. Clearly, the Catholic Church needed a programme of urgent reform. I wrote half a dozen books about it over the next few weeks, and became a priest. As a result Pope John called the 2nd Vatican Council, and appointed me as his main expert on the Catholic faith. Pope St John XXIII - he owed everything to Hans Küng.

Of course, since then I have been badly betrayed by the Catholic hierarchy. Joseph Ratzinger, who I appointed to Tübingen, was a big disappointment: in those days I was the Dean and he was a mere Professor, so he used to clean my car and do my shopping for me. But he soon left to go to a more conservative establishment, and now refuses to recognise that his subsequent success was all due to me.

Then I used to write letters to that Polish pope - can't remember his name - asking to be made a cardinal, but he ignored me completely. Now at last Pope Francis is taking notice of me. I sent him 17 of my recent books and he said he had never laughed so much since Maradona scored a goal with his hands! Great guy. 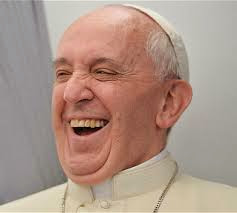 JB: Now over to you, Peter Williams.

PDW: Thank you so much for having me here, Justin, and it is an honour and a privilege to be able to talk to a learned man as distinguished as Professor Küng, and to point out that he is barking mad.

JB: Now, what's all this about women priests?

HK: Read my books: The Gospel according to St Hans, or The letters of Hans to the Romans... I studied 7 years in Rome... priest in good standing... the Mass is never a sacrifice... think of all the suppers at which Jesus DIDN'T say anything about His Body and Blood... I've been a Catholic for 86 years... young whippersnapper... 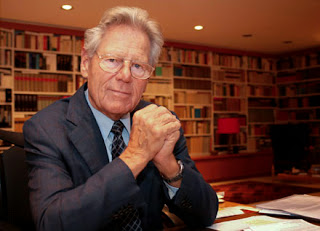 "Read all these books? Why I wrote them all..."

PDW: Why would anyone want to call themselves a Catholic if they were not a Catholic?

HK: My views are shared by millions of Catholics... well, some... well, I met some men down the pub who did... Why do you insist on referring to the Bible, as if it were some sort of Holy Scripture? 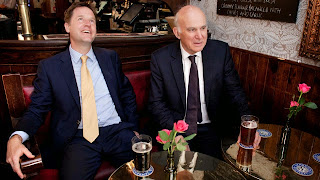 Some men down the pub.

JB: Can I intervene here, and ask the professor what he thinks about giving Communion to Catholics who have murdered their wives, buried them in the garden, and run off with their same-sex lovers?

HK: This is an everyday situation, and I see no problem with it. Clearly the Church must change its teaching on this matter.

HK: All the Protestant churches interpret scripture my way! Well, the Calvary Chapel does, and the Jehovah's Witnesses think I'm wonderful. You Schweinehund! I'll get you afterwards.

JB: Well, that's all we've got time for now. If you think that Peter D. Williams is a bullying thug who has gone out of his way to humiliate a distinguished old man, then please do write in and tell us. 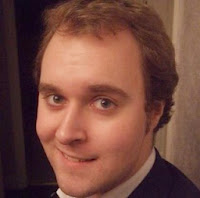 The full version is here.