Following on from the Government's decree that schools should promote "British values", we have been trying to find out what these are. Is it old ladies drinking warm beer as they cycle across the cricket pitch to Mass in the morning mist, or is it something more concrete? 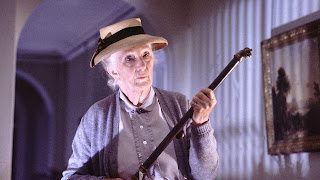 Miss Marple on the trail of someone without British values.

We are therefore grateful to Michael Gove for providing us with an advance copy of the 10 Commandments, edited to incorporate British values.

1. I am the LORD your God: you shall not have strange Gods before me.

In modern secular Britain, it's best if you have no gods at all: indeed, you can get into trouble for preaching Christian doctrine, especially if you actually mean it. There is no ban on strange Prophets, however, so Muslims can say what they like, unless they go so far as to wander around with hooks threatening to blow up people.

2. You shall not take the name of the LORD your God in vain.

Blasphemy isn't really a problem these days: we're more worried about "hate speech", and there are certain words you may not say, such as the N-word or various synonyms for "homosexual". Using "Christ" or "Jesus" as a swear word is perfectly all right, and even encouraged. 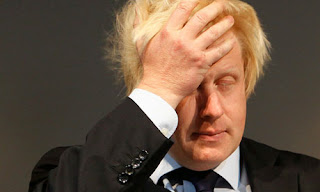 Yes, Sunday is the day for worshipping Mammon. Get down to the shops and stimulate the economy! Or watch football. Of course some eccentrics may prefer to go to Church, but there are no proposals to make this illegal. Oh, Nick says there are. But not before 2015.

4. Honour your father and your mother.

We've had to scrap this, as a majority of Britons don't know who their father and mother are. Others will, quite naturally, have two fathers or two mothers in a loving same-sex marriage. Anyway, who wants to honour an old fuddy-duddy who could be well over 30? 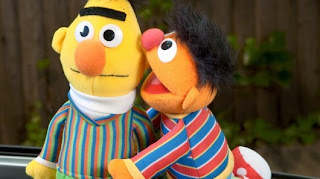 We're soon going to hear the patter of tiny feet!

We Britons are very proud of having abolished capital punishment for people guilty of murder; contrariwise, we are equally proud to support abortion, euthanasia (soon), and other ways of bumping off the innocent.

6. You shall not commit adultery.

Since we've nearly abolished marriage, we have de facto abolished adultery. Result! Of course, fornication is frowned upon in some circles, but hey! this is the 21st century, and sex is a very British invention.

This is postmodern irony. Or something.

Quite right too. Of course, as MPs, we personally don't need to steal, as if we require the odd duck house we can claim it on expenses. Or we can flip our "second" homes to get a favourable mortgage deal. Or claim that our live-in lover is our landlord. No, stealing is right out. Put away that striped pullover, the mask and the bag marked "SWAG". They're unBritish.

8. You shall not bear false witness against your neighbour.

Note that lying in general (or "politics" as we call it) is perfectly permissible. It is well known that British politicians are the most honest in the world: well, more honest than the Greeks, Egyptians and Kazakhs, at least. Possibly. However, it is unBritish to make up stories about people, unless you're a Daily Mail journalist. 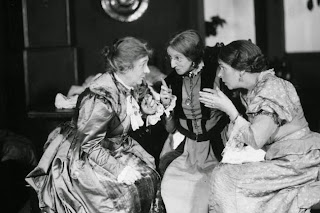 ...and I heard that Mrs Gove at Number 6 was a Russian spy running a cannabis factory...

9. You shall not covet your neighbour's wife.

This has been extended to live-in partners, whether of the same sex, the opposite sex, neither sex, both sexes or undefined. Our core British values are Equality and Diversity, and we certainly aren't transphobic! Now, a little coveting is perfectly British, but nonetheless, Nick tells us that even he has slept with fewer than 30 women; so if your street contains more than 30 neighbours' wives, don't covet them all.

10. You shall not covet your neighbour's goods.

Who makes up this rubbish? How are we to stimulate British industry by selling more cars, washing-machines, etc. unless people do their duty and get coveting? Coveting is a British tradition! 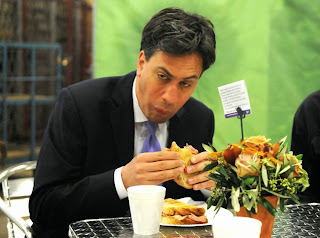 How I wish I had a nice house in Downing Street!