We had two particularly interesting reactions to the piece on the (British) Ten Commandments: one, from Archdruid Eileen, wondered how many commandments there really were, and what they were exactly (Beaker Folk and Catholics having a different way of cutting up those stone tablets into handy soundbites). Bruvver Bosco made a similar point in the comments to the piece:

Ha ha, you used the catholic ten commandments brother Eccles. Notice how the 2nd commandment has been changed. They got rid of that pesky "do not make or worship or bow befor graven images." My hats off to the catholic church. That takes guts to get rid of commandments they don't like. So come on all you faithful cathols...its Ok to bow befor any and all graven images. Hold on to them tight...that trip to hell can get breezy. 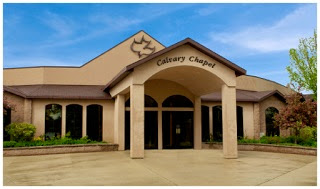 The Calvary Chapel, with its graven image of a dove.

Regular readers of this blog will know that Bosco is a member of the Calumny Chapel, and he kisses a cement dove before he goes to bed each night. Apart from that, he is very tough on graven images - for example he threw out a photo of our Anti Moly just in case anyone in the house was tempted to bow down and worship it. 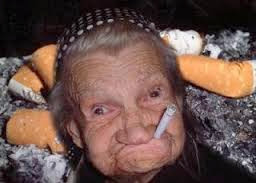 Not to be worshipped.

Still, as someone on a continuing spiritual journey, I do have a question to ask of the experts. "Graven" seems to mean "engraved" or "sculpted", like Bosco's cement dove. Are paintings and photographs evil? Or only if you worship them? Here's another test case, a 1938 painting of Catholic bloggers Fr Tim Finigan and Mrs Caroline Farrow as children (haven't they worn well?) 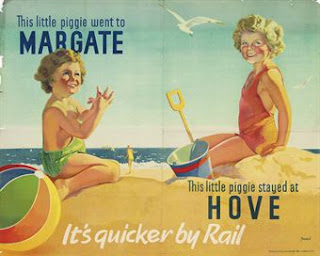 Does this break the 1st (or 2nd) commandment?

Our old friend Damian Thompson is known to worship cupcakes: indeed, he has written a book on addiction, and how he attended Cupcakes Anonymous meetings in a vain attempt to break himself of this habit. We did think he was now cured, but last time I went round to see him, I found him kneeling before the graven images below.

A clear breach of the commandments.

Well, the general consensus - Bosco and the Muslims aside - seems to be that making images is not the real problem, so much as worshipping false gods; and that is taken care of by the first commandment. 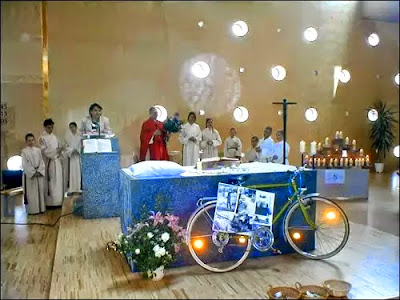 "He just worships that bicycle..."