What should Jesus have done?

In the old days, whenever we faced a dilemma, we would ask ourselves "What would Jesus do?"

Of course, this guidance is more useful in some situations than others: "We have run out of wine. What would Jesus do?" Well, we know the answer to that one, Jesus would have asked for some large pots, and made some more. However, this doesn't always work (I've tried it). 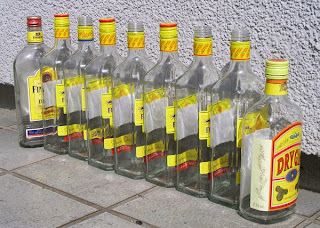 "This church has got a gift shop, selling selling picture postcards, bronze statues of Vincent Nichols, and copies of the Tablet. What would Jesus do?" Well, Jesus would have made a whip out of knotted cords and driven the whole lot out into the street. I haven't tried that one, so far.

But now we come to "What should Jesus have done?" and this is a hole that some quite well-known clerics are prepared to dig for themselves. Cardinal O'Malley, for example: "If I were founding a church, I’d love to have women priests. But Christ founded it, and what he has given us is something different." Oh, Jesus! If you'd only had Sean O'Malley to advise you! Probably You'd have bought Yourself a brown dressing-gown as well, and for the Last Supper You'd have had something more exciting than bread and wine! But it's too late now - we're stuck with Christianity, when O'Malleyanity would have been so much more fun! 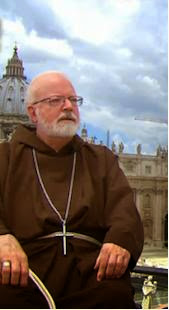 Sean O'Malley. Not destined to found a church.

Then we have Giles Fraser batting for the Anglicans, who have just decided to create women bishops. "Hallelujah, the long wait for female bishops is over at last!" he squeals. He concludes by patronizing the poor souls in his church who hold "to my mind, reprehensible, views" on the ordination of women. What he means here is "Jesus got it wrong. His views are reprehensible. Only I, Giles Fraser, Guardian Correspondent, star of the Today programme, and Anglican vicar (yes, really) hold the key to this savage parade! I have already condemned Jesus's view that marriage is for one man and one woman only as 'bigoted', and now I am kicking Him on the priesthood question." 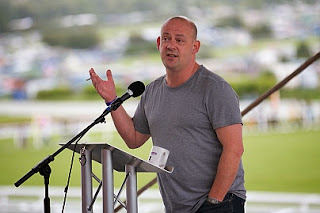 Look, guys. It's OK to bash bishops when they need it - after all, "The road to Hell is paved with the bones of priests and monks, and the skulls of bishops are the lamp posts that light the path," as St John Chrysostom pointed out. It's even OK to bash cardinals when they need it - most readers of this blog will agree that Cardinal Kasper is a fruitcake if ever there was one - and it's all right to admit that some popes are altogether brainier, wiser and more coherent than others. But when it comes to starting your prayers with "O Lord, here is a list of things you should have done better..." then perhaps there's something wrong somewhere. 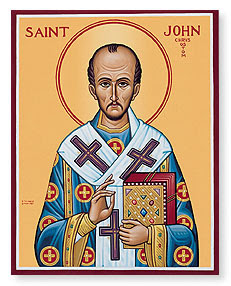