The Book of St Richard, Chapter 21

1. At this time, Richard was leading the fight against the Mohammedites.

3. For he wished to shower the lands of Persia, Mesopotamia and Assyria with gentle woman-respecting eroticism, that they might change their ways and follow the path of atheism. 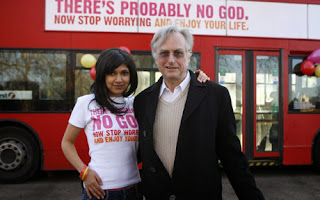 4. And the unenlightened folk mocked him, saying, "Oh, has he escaped again?" and "Why not send them sausages and bottles of gin, while you're at it?"

5. But Richard knew that he was right, and that the only way to convert the eastern lands was to show them forbidden flesh, such as the uncovered head of a woman.

6. For was it not the case that the warrior John, he whom they called Jihad, would have been able to serve the world as a humble stockbroker, had he been able to indulge in carnal delights involving another consenting adult? 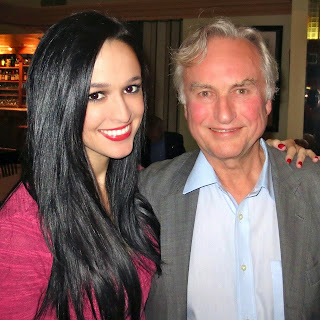 A steamy scene from "Confessions of a Zoology Professor".

8. Thus, while he was considering their offers, Richard was elected "Clown of the Internet".

9. Indeed, he had reduced so many people to mirth, that he was given the ROFL prize and the LOL Award. After which he abandoned his plan to bring gentle woman-respecting eroticism to the Mohammedites. 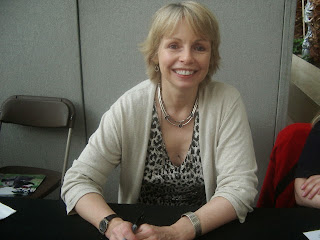 10. At that time there dwelt in Buxton a man called Dan Rhodes.

11. And this man wrote a story of Richard: his book was called When the Professor Got Stuck in the Snow.

12. Yet, there was no limit to the cruelty of Dan, for he mocked the learned professor, portraying him as arrogant and pompous. Thus there were those who said "Surely this Dan is simply telling it as it is?"

13. On the other hand, there were those who said "This is the biggest nonsense since The God Delusion." 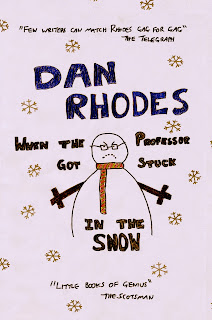 14. Indeed, Dan showed none of the respect and deference that shineth through The book of St Richard, which ye are now reading.

15. Yet it was known that Richard was a defender of free speech (or even the speech that is paid for), and he did not hesitate to mock Christians, Muslims, or indeed anyone who disagreed with him.

16. So Dan spake unto Richard saying "Wilt thou permit me to publish this book, even though it maketh of you a stock that laughs? For my publishers are men whose nerves are made of spaghetti." 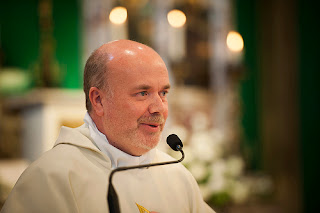 17. But Richard replied not. So that men spake unto each other saying "Lo! He mocketh others, yet he suffereth not himself to be mocked."