The Eccles encyclical is leaked

I am deeply shocked that the draft text of my new encyclical on the environment, Sanctus Fumus, has been leaked by a consortium of people including Edward Snowden, Julian Assange and Sandro Magister. These people have of course been excommunicated, along with a few other dubious characters I've been waiting to deal with such as Enda Kenny, Timothy Radcliffe and Reinhard Marx. 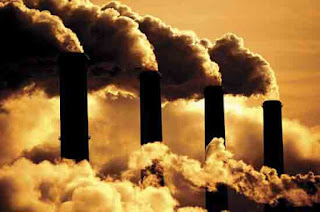 Sanctus Fumus! I reveal that pollution is a BAD THING.

Of course one of the leading causes of global warming is the leaking of encyclicals into the environment, so I hope that the Reverend Magister and friends are deeply ashamed of themselves.

Well, now that I have seen the reaction to my encyclical (or blog post, as I prefer to call it), I have decided to revise it. However, the bit about how popes are always the right people to ask about scientific questions is to be left as it is, and I am definitely keeping the short 500-page discussion of how Pope Urban VIII dealt with "space deniers", such as Galileo, who refused to believe that the Earth orbited round the Moon. 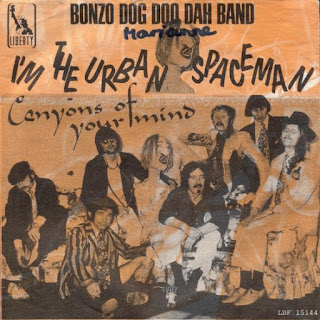 I'm the Urban Spaceman - as my predecessor declared.

Strange name, Urban. It's like being Pope Municipal, or something. But I digress.

Anyway, do wait for the final version of the encyclical before commenting. Apart from the general waffle about climate change, which I've mostly copied-and-pasted from James Delingpole, er, I mean Geoffrey Lean, there's some cracking good stuff about how abortion kills babies, which probably won't be widely reported, as well as some new jokes about people changing low-energy lightbulbs, which Mgr Guido Marini tells me will make my encyclical appeal more to the "yoof" of today. Yo, dudes! 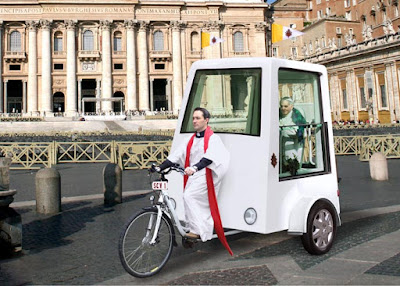 The planet is not saved, only I am saved.