Has Kate Bottley had a lousy press?

In a television programme In The Footsteps Of Kate, to be shown on Good Friday, Judas Iscariot examines theories about what led the "Rev" Kate Bottley to betray Christ. 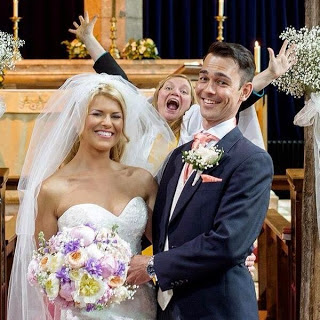 Kate Bottley - not as wicked as we first thought?

Traditionally, Fr Kate has been regarded as a buffoon who danced in church and later sold her soul to Channel 4's Gogglebox for a sum estimated at "30 pieces of silver". Certainly, there are some who think of her as a "disciple gone wrong". Mr Iscariot, however, feels a certain sympathy for this poor woman. "This is not to say 'Oh Kate, she's all right really', what we are saying is perhaps there is something else to this character than the dancing, the left-wing bigotry, and the dreadful TV show" he said. 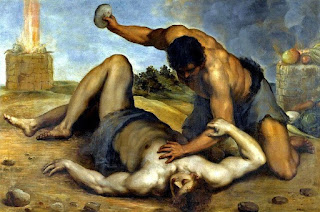 Cain slaying Abel. But he wasn't just a murderer.

In an article in the Radio Times "Nick" Baines, Anglican bishop of Leeds, West Yorkshire, the Dales, and the Northern Powerhouse, re-appraises Cain. "I feel a bit sorry for Cain," he says. "He's gone down in history as a murderer, but we tend to forget his skills as a gardener, and the fact that he was a loving father to Enoch." 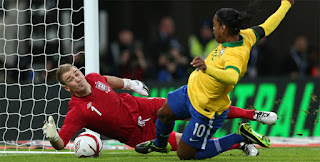 "Am I my brother's keeper?"

Yes, it is time we re-appraised all these people: Cain, Judas, Nick, and Kate. Perhaps after all they are not as bad as we thought.