Here's the draw for the World Cup of Bad Catholic Journalists (with the word "journalist" being interpreted rather loosely in some cases). Conveniently, we stopped at 32 nominees, some of whom I had never heard of before; at least they all seem to be scribblers of one kind or another. We start with eight groups of four, from which the top two (decided by a Twitter poll) go through to the next round. Then a similar round to reach the quarter-final knockout stage. Gosh, this is exciting. 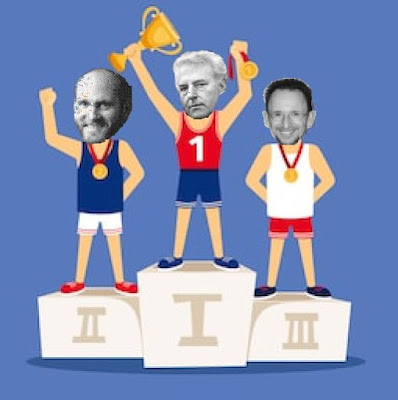 And the Bad Hymns? Lord of the Dance; Gather us in; Shine, Jesus, Shine.

Whoever wins is guaranteed the approval of the Catholic Bishops of England and Wales, the United States Conference of Catholic Bishops, the Tablet and the National Catholic Reporter. Oh, and Father John Zuhlsdorf*.

*I made that bit up.

Of course "bad" can mean whatever you like it to mean - anything from "irritating" through to "wrong on almost every issue". Some - but not all - of the above nominees are really quite pleasant people.