The Father of Lies - no, I don't mean a certain New York Jesuit - is an avid reader of this blog (it is part of the eternal torment to which he is condemned); now we are privileged to be the first to publish a statement from him, furiously denying the claims of Fr Arturo Sosa SJ, the Big Cheese of the Jesuits, that he is merely a "symbolic reality".

"After all I've done for mankind, and this includes the Jesuits, in leading them into eternal damnation, it is a great insult to be labelled a mere 'personification of evil'. Think of all I've achieved in the past - tempting Adam and Eve, prowling around like a roaring lion looking for someone to devour, making Job's life a misery, the Temptations in the Wilderness, perverting Judas Iscariot (a nice innocent lad until he met me)... Then there's all the influence I've had since then, most recently on my good friends Hitler, Stalin and Mao. Oh and Tony Blair. You'd expect some sort of gratitude, but No! I am reduced to a mere abstraction!" 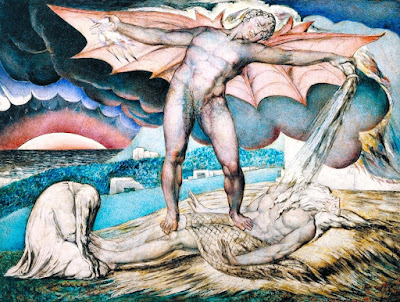 "Here's me, smiting Job with boils."

As usual, Mr Satan is not telling the whole story. It is part of the job description of Top Jesuit that you should issue heresy on a regular basis: in Sosa's case, he started well by saying that we could not trust Jesus's words because they weren't spoken into a tape-recorder, and besides, all contemporary videos were made using Betamax not VHS, so are now impossible to watch. Following this up with a denial of the reality of Satan has won Sosa praise from Jesuits worldwide, and guarantees him a second term as president of the Jesuits when the elections come. 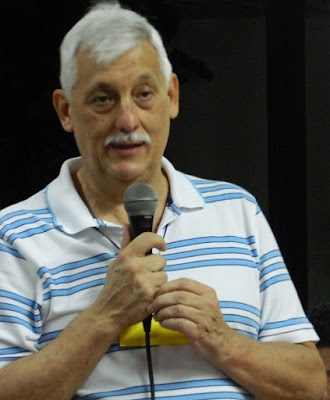 A Venezuelan football player (with tape-recorder) gives a Sosa impersonation.

Mr Satan has promised to put Sosa straight on his misconceptions: "I'm expecting to see him soon - we have plenty of Jesuits down here, so he won't feel out of place - and then I can show him which of us is a symbolic reality!"