Zen and the art of being a good pope

Yes, this is another in our series "How to be a good pope," designed to provide useful advice to any of our readers who might suddenly be told "You've just been elected to the Chair of St Peter. Put on this white coat, get out on the balcony, and smile as if you really meant it." Now sometimes you get pestered by unwanted visitors. Obviously, there are visitors that you welcome with open arms, such as little gnomes writing biographies of you, or LGBT Jesuits wanting to build bridges. But there are others that you definitely mustn't see. 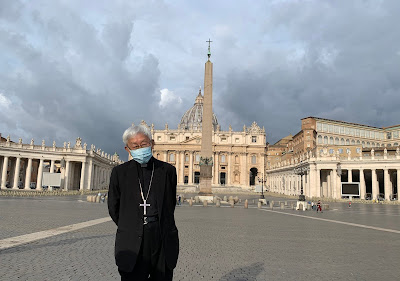 Hide and seek in the Vatican. One such is Cardinal Tao, the 94-year-old Chinese cardinal, who has walked all the way from Hong Kong to discuss with you the appointment of bishops in his own country. You thought you had it all sewn up: President Xi Jinandtonic was to send you lots of money, and you would let him chooses his pet thugs as bishops. After all, what's wrong with having thugs as bishops, or even cardinals? In the United States it is quite normal. But Tao refuses to be silent. Luckily he is only going to be around for four days and you have many places you can hide: behind the sofa, under the bed, in the cupboard under the stairs, in the toilet. As Baroness Orczy put it: 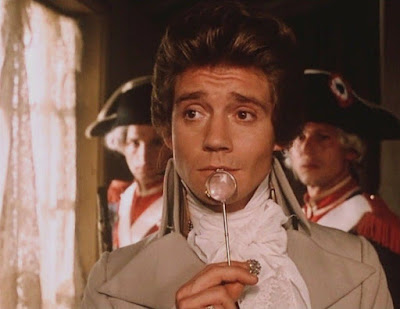 The scarlet Popernel. You could even try removing your papal robes, dressing as a gardener, and slipping out unnoticed. A much more important Man than you was once mistaken for a gardener! But there is another cloud on the horizon. Cardinal Billabong from Australia has escaped from prison, and he's come to check your tax returns! Unlike Tao, he has very good eyesight, and you won't be able to elude him so easily. Hmm... this one could be tricky. If I get any good ideas I'll let you know.
Posted by Eccles at 09:51