How to train as a theologian

Ross Douhat, a New York Times columnist, has rightly been condemned by lots of very clever and saintly Catholics for daring to write about "The Plot to change Catholicism" despite having "no professional qualifications for writing about the subject". For those who missed the attack on Mr Douhat, here is a copy of the humble and modest letter produced by Fr John O' Malley SJ, Professor Massimo Faggioli and a few others. It is also backed by Fr James Martin SJ, so you know it must be good. 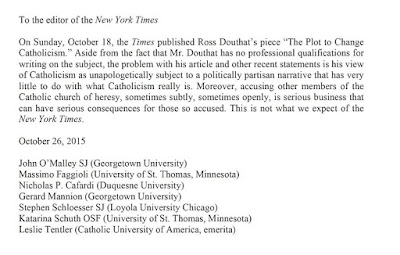 They have a point of course. The reason that so few Catholics take the words of Jesus Christ seriously is that - to His shame - He never managed to get any theological qualifications. Come to think of it, He worked with his father as a carpenter without even getting a B.A. in hammering-nails-into-pieces-of-wood, so it's no wonder that none of His tables and chairs survive to this day.

But then a shocking thought struck me. As you all know, I write a spiritually nourishing religious blog, but some of my readers may have been misled into thinking it has the same authority as the writings of Professor Maximal Bean and his Jesuit friends. So I decided to remedy this. 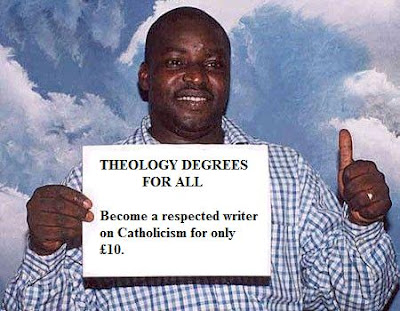 How could I resist?

Luckily there are Nigerian websites where you can get a Ph.D. in theology (specialising in Ignatian Discernment, Human Flourishing, and Liturgical Dancing) just by giving them your bank account details. So I did this, and now I can call myself Dr Massimo Eccles SJ, and be sure that my words are authoritative. I suspect that this is also how Richard Dawkins (who of course already had a Ph.D. on chicken-behaviour, which allowed him to write authoritative letters to the New York Times about chickens) suddenly became a renowned theologian.

According to Cardinal Vincent Nichols (yes, really), the key words used by the recent Synod were "accompaniment”, “walking with”, “reverential listening” and “discernment”. Plus, of course "mercy". I'm so glad they got away from things like sin, forgiveness, redemption and salvation, which (I'm sorry to say) are mentioned by people like St Paul and St John whose academic qualifications were distinctly dodgy. 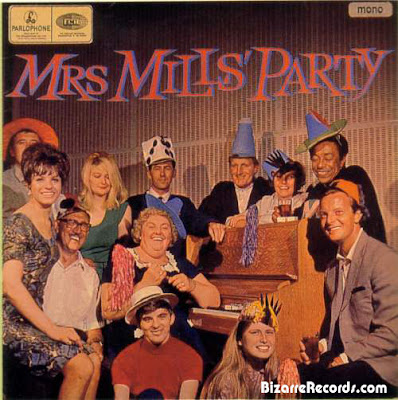 P.S. If you leave comments on this blog, please also tell us what academic qualifications you have. Comments from the uneducated, like those from the unsaved, may not be published.