It's the season for awarding Nobel prizes (Roger Penrose got one for his work on Black Holes Matter), and, as was widely expected, Pope Francis has been awarded the Nobel prize for Boredom, on account of his encyclical Tutti Frutti, as everyone is calling it. 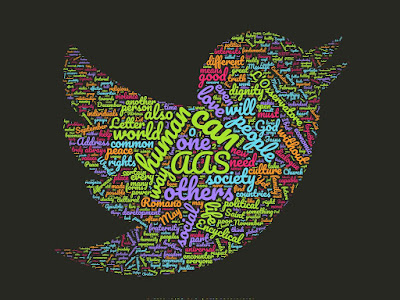 This is what it's all about. The prize-winning work is said to draw on the writings of such renowned theologians as Karl Marx, Maximilien Robespierre, John Lennon, Meghan Markle, and Greta Thunberg, with lots of citations of the humblest pope in history (Pope F*****s). To get some flavour of it, pick three words at random from the word cloud above, and form them into a sentence. Bonus marks if you spot anything to do with religion, such as "God", "Jesus" or "Sin". So we dipped in and got "world", "people" and "dignity". Our message to you all is "The dignity of the people of the world." Or possibly "Dignity from the world of people." You can probably find both phrases somewhere in Tutti Frutti. 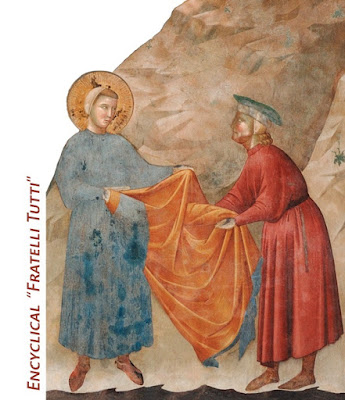 Useful advice on putting duvets into covers! Of course, not everyone is an admirer of this masterpiece. We have heard two criticisms: 1. The title "Fratelli tutti" is sexist, and so no self-respecting womyn should read the encyclical. Sigh... we know what's in it... just a catalogue of ways that Catholics are encouraged to oppress womyn. Pope Francis thinks that all womyn are good for is putting duvets into covers! Come on, sisters, let's go to the Vatican and have a sit in! Bring your duvets! 2. Pope Francis doesn't like the death penalty. So Catholic teaching has changed. Next week, Catholic teaching on abortion, homosexuality, drug orgies, embezzling money, and framing Australian cardinals may also be changing. Do let us know your suggestions! Prof. Massimo Faggioli, top gelato Catholic, distributing copies of Tutti Frutti. So, nothing new, and a worthy recipient of the Nobel Prize for Boredom.
Posted by Eccles at 16:41