"Well yes, I have been saved... but in my case it was such a close-run thing that I thought I had better keep quiet about it." Sir Alec Douglas-Home, British Prime Minister. 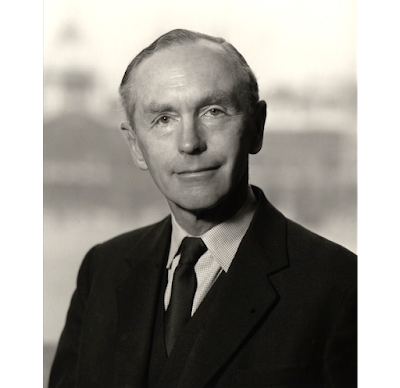 A saved person. The wondrous encyclical Fratelli Tutti contains a passage of Good News (or maybe Very Bad News). It is not buried in a footnote, and has even been advertised on the Pope's Twitter account, so we have to believe it is meant seriously. We need to develop the awareness that nowadays we are either all saved together or no one is saved. Well, on this blog we have always taken the viewpoint that You is not saved, only I is saved, but now we must revise our ideas. So I sent a Dubium to Pope Francis and by return of post I got an invitation to the Vatican to talk to the Holy Father. Eccles: Your popeness, from the context, "saved" could mean several things: 1. Redeemed from the consequences of our sin, and permitted to dwell in Heaven eternally with the Father, Son, and Holy Spirit. This is the sort of thing a pope should be discussing, but from the context, it may also mean: 2. Saved from the great evils that beset mankind, of which climate change is obviously the worst, as it can lead to hot days, cold days, rain, drought, and dull cloudy days with sunny intervals possibly with fog on high ground take care and have a nice day. Francis: Ha ha ha ha ha! Take that clown away. Eccles (struggling in the arms of the Swiss Guard): Assuming that you were talking about religion, Holy Father, then we have two choices here: (a) We are all unsaved. Which means that Jesus was wasting His time. This seems unlikely. (b) We are all saved. Good news. 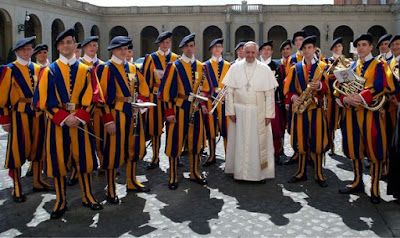 Pope Francis welcomes Eccles. (Francis threatens me with a Papa-slappa gesture.) Eccles: I suppose that being saved just means that you get eternal life. For you and me, Holy Father, it means a cushy abode in Heaven. For others, like Zen and Viganò, it may mean eternal life, but stewing in the Lake of Fire in Hell. At this point the door was slammed on me and I was thrown out into the street. However, by good fortune I met Professor Richard Dawkins the celebrity atheist, author of "Why I am too grown-up to believe in God, and where He got it all wrong," who had come with some Dubia for Pope Francis. Eccles: Dicky! What would being saved mean to you, if it were possible? Dawkins: Well the Bible speaks of a land of milk and honey, and it is not far wrong. We atheists live entirely on honey, and Paradise for me would be populated by brilliant atheists, such as Grayling, Fry, John Lennon, etc., all feasting eternally on honey. 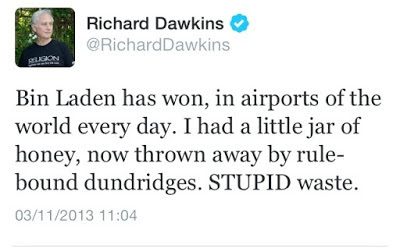 Eccles: Sounds like Hell to me. At this point the Swiss guard gave me the "blow on the head" of peace, and I knew no more. When I woke up I found myself in Mass, and, my head a bit hazy, it seemed that the Gospel passage went something like this: They handed him a denarius and he said, "Whose head is this? Whose name?" "Pachamama's" they replied. But I may have imagined it. 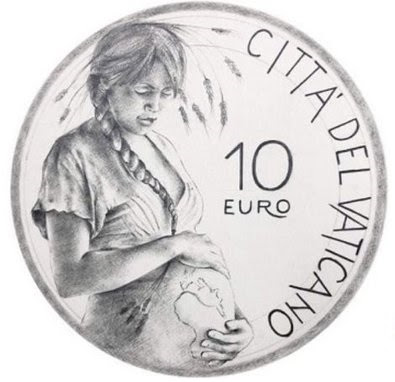