Farrell goes up, Parolin goes down

From the Secret Diary of Pope Francis, age 83¾. Today I decided to reward my friend Kevin Farrell by giving him a new job. He is already Camerlengo, which means that he has the job of deciding whether the Pope is dead, and he is very good at it, since he phones me up every day to check. On his visits to Rome he taps me on the head with a small hammer to see whether I am still alive, and he has only got it wrong twice! 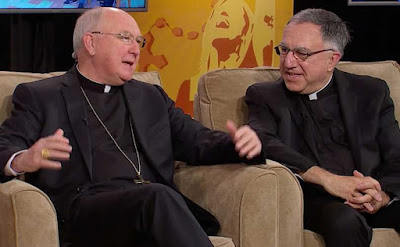 "It's not easy being wonderful, you know, Tom." Kevin is very good at oversights, for example he says he lived with my ex-friend Ted McCarrick for several years without ever noticing that he was a degenerate pervert who molested seminarians. When screams came from Ted's apartment, Kev thought it was the air conditioning! So I have asked my friend His Eminence Cardinal Farrell (to give him his correct title, which still makes people laugh) to take on oversight of various financial contracts that the Vatican engages in. Formally, he is to be the president of the Commission for Reserved Matters, and one of his missions is to ensure transparency. "I've seen through your financial dealings for years, Holy Father!" he tells me, so I know he's the right man for the job. But I wish he'd put that little hammer away.

How I knew Kev was going to be my new best friend. Recently I've had to tell my ex-friend Giovanni Becciu that he should pack a suitcase and flee to a new job in Venezuela, where there is no extradition treaty. Now to my great sadness I am having to let another good friend go, Pietro Parolin. Pete was on the council overseeing IOR, the Institute for the Works of Religion (Istituto per le Opere di Religione), which is a code phrase for the Vatican Bank! 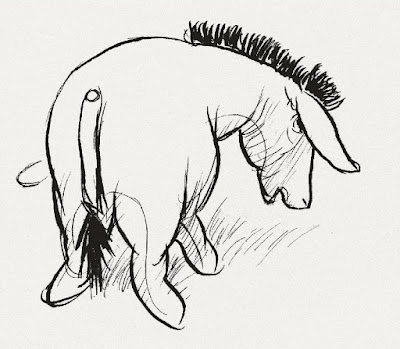 This may be the wrong IOR. Memo: why don't we just call it the Vatican Bank? You don't get HSBC, Bank of America or Credit Agricole pretending to be spiritually nourishing organizations, do you? Anyway, I've broken with Parolin now, and he is definitely on my list of ex-friends. He was doing so well - he says the Chinese love him, and when they appoint 100 new communist cardinals (any time now), they'll all be voting for him as the next Pope. Over my dead body! (Or at least over my sleeping body if Kev gets it wrong...) But people say that Pete is too much of an Eminence Grise, and it's time to take him down a peg. Well, dear diary, that's all I've got time for now, I must dash off and put in an appearance at the grand Tutti Frutti celebration party...
Posted by Eccles at 13:13