Continued from Chapter 9 1. After one month, Bo-sis released the children of Bri-tain from their lockdown. 2. But the plague continued to rage. In the lands where many people dwelt, there was sickness, while in the remote deserts the hermits rejoiced in their good health. 3. Worse than this, in the hospitals there were many sick people, while in the taverns there were very few. 4. Thus the advisers of Bo-sis said unto him, "The solution is plain. Empty the great cities, and drive the people into the wilderness. Close the hospitals, and send the people into the taverns." 5. However, Bo-sis decided on a different plan, and once more he told the people: "I have nothing to offer ye except blood, sweat and tiers." 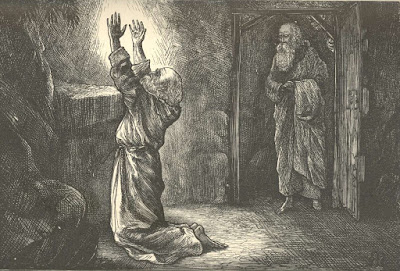 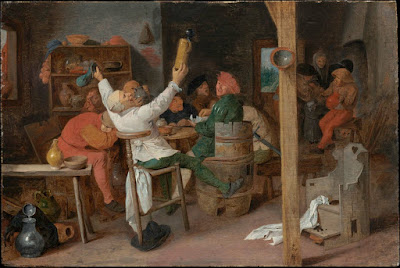 A carouser awaiteth his Scotch egg. 10. Bo-sis also allowed the temples to re-open, saying "In Tier 1 they may embrace their neighbours at the Sign of Peace: for they have no neighbours." 11. "In Tier 2, they may smile at their neighbours from a distance of four cubits: but in Tier 3 they must scowl." 12. But as the people groaned under their yoke, there came good news. For all the world could now be vaxxed. 13. For Bo-sis had arranged a jab creation scheme, whereby every man should receive a magic vixen. 14. This vixen was guaranteed to drive away the plague, and it had been fully tested: for most people who had received it had already lived for a further forty days and forty nights and hardly any of them had gone mad. 15. Therefore Bo-sis decided to roll out this vixen, starting with the people aged nine hundred years or more; for if they died, none could blame him. 16. So Methuselah leapt from his bed, and made his way to be vaxxed. 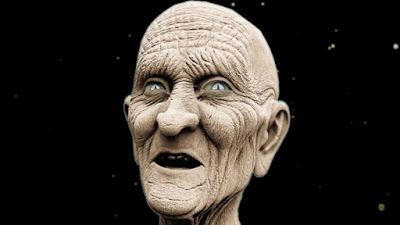 Methuselah rejoiceth. Continued in Chapter 11.
Posted by Eccles at 13:02