Today the Eccles Bad Hymn Award judges will be looking at It ain't necessarily so, words by Ira Gershwin. If you Google "Top Ten Atheist Hymns," you find this one at Number 4, with the immortal Imagine at Number 1, and this song is what we shall hear when Anthony Grayling and Richard Dawkins lead the singing at prize-giving ceremonies in their New College of the Humanities.

E: So, Mr Gershwin, thanks for coming along to tell us about your hymn. It is very popular isn't it?

IG: Great to be here, Eccles. Yes, my hymn is sung by many atheists, and also by some of the more modern Christians. We heard it at the last Tablet Christmas pantomime for example... don't you think that Nicholas Lash and Tina Beattie made a wonderful pantomime horse? 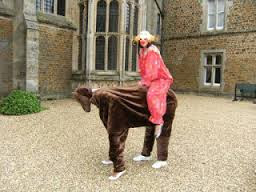 Catherine Pepinster and her staff rehearsing for the Tablet Christmas pantomime

E: Yes, indeed, but let us look at your hymn. The t'ings dat yo' li'ble to read in de Bible, it ain't necessarily so. Well, I wouldn't like to be in your shoes if Peter Mullen or Damian Thompson were around - not exactly the Queen's English is it - but I guess that the general message is clear.

IG: Yes, it pains me to say this, but I cannot accept the literal truth of the entire Bible.

E: Fair enough. I think most of us can take it that the exact details of the stories of David and Goliath, Jonah and the whale, and Methuselah may be open to debate. It don't necessarily contain a prophet.

IG: So we're agreed then.

E: Well, not exactly. For a start, you seem to limit yourself to rather obscure Old Testament legends, rather than actually attempting to tackle the more significant parts of the Bible. And then you give us some lines which can only be described as "utterly evil."

IG: As bad as that, eh? You don't mean my beautiful chorus?

E: No those are very moving words, and depict mental instability in a way that nobody has managed since - with the possible exception of Paul Inwood.

IG: Richard Dawkins sings those words in his bath. Can't get them out of his head.

E: My point exactly. No, I was really referring to:

Now, are you claiming that the Debble - er, Devil - is not the immensely evil personage depicted in traditional religious thinking, but rather a kind benevolent Rowan Williams sort of figure? 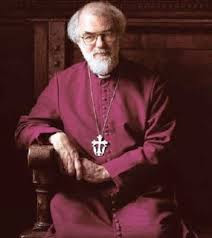 IG: Um, well, he's has a bad press, perhaps. Still I do have some good advice to give your readers. 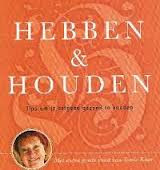 Hebben is not the only possible destination.

E: Ah yes, well, I'm sure we all wants to get into Hebben, Mr Gurblin (damn! you've got me doing it now). My advisers tell me that "Don' snap for a sebben!" is something to do with gambling, and obviously clean living and avoiding faults are also to be commended.

IG: Don't forget to take it with a grain of salt, Eccles!

E: Ah yes, so I would be allowed to snap for a few sebbens? And live slightly soiled with a few faults? Actually, that's rather reassuring. Thank you.